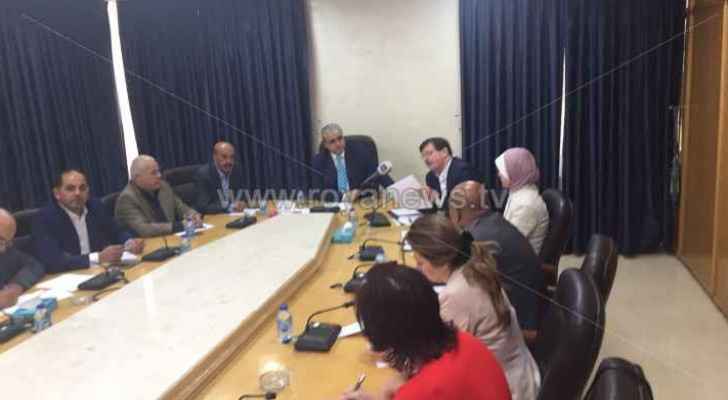 A number of Jordanian members of the parliamentary health committee suggested that taxes on tobacco and “carcinogenic beverages” should be increased and the collected funds used to support cancer patients.

The proposal came during a meeting held by Minister of Health, Mahmoud Sheyab at the Lower House of Parliament on Tuesday morning.

The minister expressed his approval for the tax hike and added that cancer patients should also benefit from a range of tax and customs exemptions. He explained that due to scientific development in the field of cancer treatment the cost of treatment had drastically increased.

The Higher National Committee for Supporting Cancer Patients (NHCSCP) was also present during the discussion and voiced its concerns regarding the procedure through which cancer patients will be referred to public and military hospitals for treatment.

The former Cabinet’s decision was replaced by allowing the heads of public hospitals to transfer patients directly to the King Hussein Cancer Center (KHCC), public hospitals and other facilities affiliated with the Royal Medical Services.

The NHCSCP expressed its concern over the lack of clear criteria detailing how heads of hospitals would choose to which institution a patient is referred. They insisted that measures to ensure social justice need to be put in place as a patient’s social standing and connections may influence their access to healthcare.

The NHCSCP was also concerned about the standard of medical services offered at Al Bashir Hospital, with President Musa Riyashat stating “it is not up to the standard when it comes to cancer patients”.

Riyashat suggested that the KHCC should open branches in Irbid and Karak and that public and military-run hospitals should undergo rehabilitation in order to be able to meet the needs of cancer patients.

World will remain in state of emergency for at least ....

World will remain in state of emergency for at ....

World will remain in state of emergency for at ....

World will remain in state of emergency ....