Saudi women finally behind the wheel 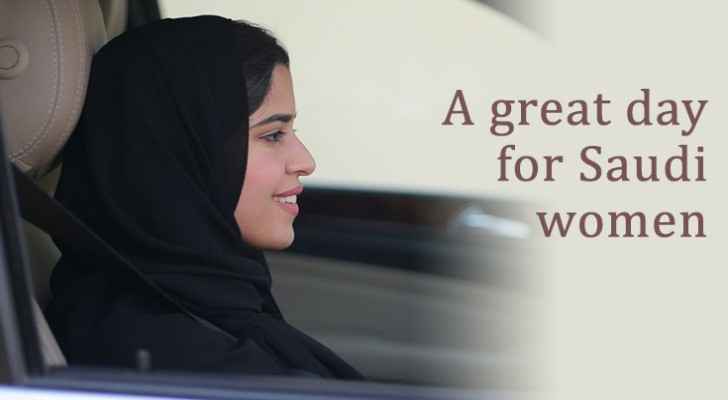 The Saudi decision permitting women to drive finally came into effect at 12 o’clock at night on Sunday. The Kingdom was the only country in the world to hitherto ban female drivers from the road.

Saudi women have already been taking driving lessons and obtaining their driver’s licenses after the lifting of the ban was announced last year.

Roya News English decided to catch up with Ohoud Alarifi, a 25-year-old Saudi citizen who was among the first women to get behind the wheel once the clock struck 12.

Ms. Alarifi was joined by her father during her first drive on Saudi soil and he was able to capture her excitement.

She is no novice behind the wheel, as she has driven in the US, in addition to being the Marketing Manager at a major ride-hailing company. Nevertheless, Ohoud most certainly felt the hype after transferring her California license.

“They [officials] exceeded my expectations, they have been very happy and welcoming. After seeing that support coming from them, I got even more excited to drive,” Ohoud explained, adding that as a result, all of her friends were excited to enroll in driving schools.

When asked about how she felt, Ohoud stated that “A lot of people assume that this is a celebratory moment for women in Saudi Arabia, but it is a happy moment for the men in our lives, my nephews and niece cannot wait to have their mom pick them up from school, my father was over the moon during our first cruise around the city with me behind the wheel”.

In her work she has made efforts to understand Saudi women’s mobility needs, envisioning that driving will increase women’s participation in the workforce by providing access to affordable transportation. “We have partnered up with Al Nahda-a non-profit women’s society, to help us identify underprivileged women who are interested in learning how to drive and obtain a license,” Ohoud disclosed.

She hopes that in the future women will be able to take advantage of the opportunities that come out of driving, like having flexible earning opportunities through ride-sharing.

“The impact of women driving is not just limited to improving the economy but also getting families closer to each other. I remember when women were first allowed to go to football stadiums early 2018, my father immediately called me asking me to get back from my business trip so he can finally have the quality time he was craving for to have with his daughter”.

Below is the video capturing Ohoud’s first drive in Saudi Arabia.