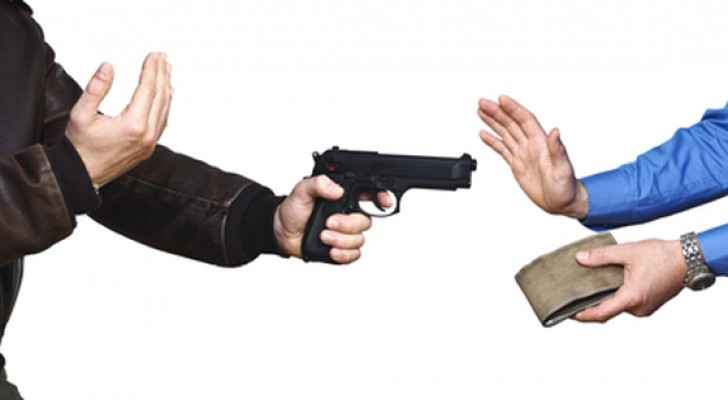 An armed man was arrested after trying to rob an exchange office in Amman’s Nazzal area, according to a statement released by the Directorate of Public Security (PSD) on Tuesday.

According to the statement, the man had threatened the cashier at gunpoint but after the latter refused to comply, the “robber” put the gun away and pretended to be joking and fled the scene.

The specifications of the man quickly circulated and Preventive Security personnel were able to find him and seize his weapon. “During the interrogation the suspect confessed to the attempted robbery,” the statement added.

Armed robbery incidents targeting financial institutions have reached unprecedented levels in Jordan, with more than six banks robberies since January 2018, three of which took place in the past few weeks.

The most recent robbery took place on Wednesday, April 18, 2018, when a masked armed robber snatched around JD 28,500 from a branch of Jordan Commercial Bank in Sweileh; he was caught less than two hours after the incident.

While many Jordanians have sympathised with robbers and blamed poverty, corruption and failing government policies for the incidents, Minister of State for Media Affairs, Mohammed Momani condemned sympathizers telling them they would not be doing themselves, society or country any favours.