Image from the robbery scene from Sweileh. (Roya) 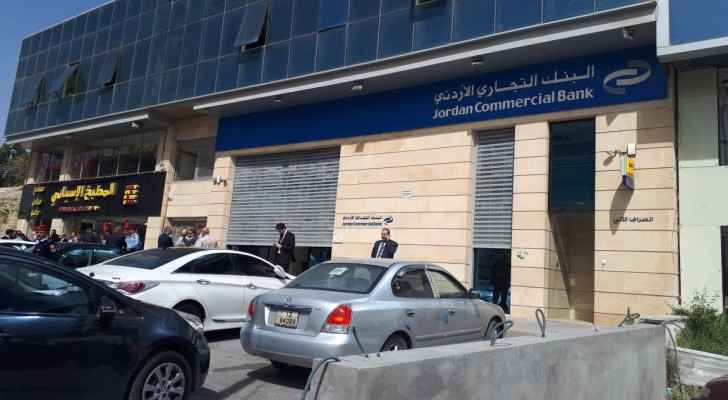 The Sweileh branch of the Jordan Commercial Bank was robbed at gunpoint soon after opening its doors on Wednesday morning.

He was able to flee the site and despite being chased by police officers he is still at large. The police is investigating the site and looking for the robber.

A wave of bank robberies has plagued Jordan within the last few months and in most cases the perpetrators were apprehended shortly after committing the crime.

The only notable exception is the second robbery, which was committed in February where JD 76,000 were stolen.