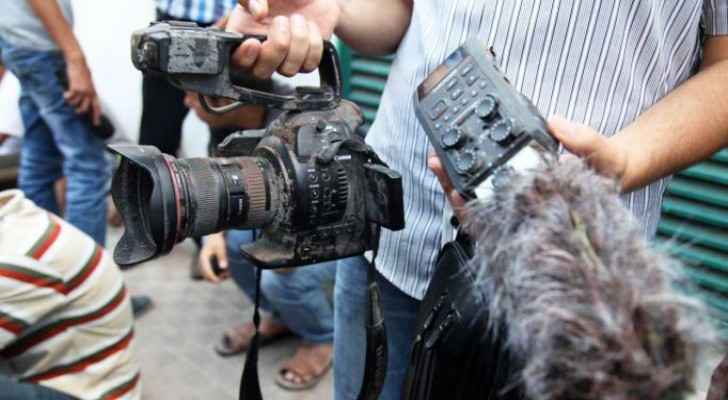 Israel continued to violate international human rights laws, as another Palestinian journalist was injured in Gaza during Friday’s “Great Return March” protests, which have continued for the third consecutive week.

Despite wearing a flak jacket with a clear “PRESS” marking on it, Ahmad Abu Hussein was critically injured by live bullets. On Sunday, he was transferred to the Ramallah Medical Complex in the West Bank to continue his medical treatment, according to Wafa news agency.

Abu Hussein was taken to Ramallah after an intervention by the Red Crescent and the World Health Organization (WHO), who reached a deal with the Israeli authorities to issue him a permit to leave Gaza.

Abu Hussein, who works for a local radio station in Gaza, is the second journalist to be targeted by the Israeli military while covering the protests on the Gaza borders.

Last Friday, 30-year-old photographer Yaser Murtaja was shot dead in the stomach in Gaza while covering the protests. Immediately after the incident, Yasser became a global news headline, while Israel denied its intention to deliberately target journalists.

Numerous violations were carried out by the Israeli authorities against Palestinian journalists working in Palestine during March 2018, according to the Palestine News and Information Agency (WAFA).

Read More: Journalists in Palestine under threat by Israeli forces