Black spot appears at Palestine’s coast of the Dead Sea

Footage taken when the black spot appeared on the surface of water on Saturday. (Maan) 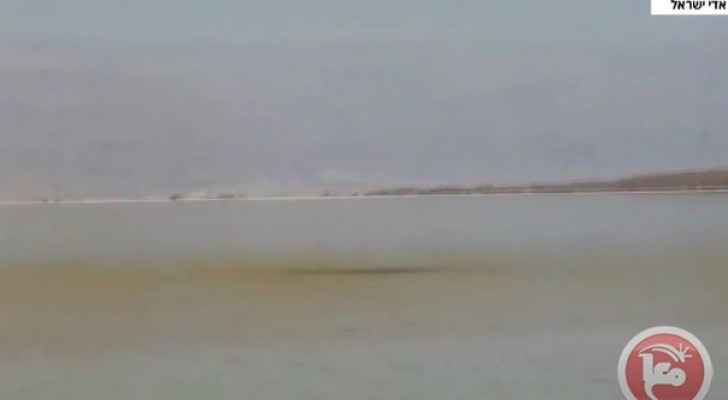 A black spot appeared on the Palestinian coast of the Dead Sea on Saturday, accompanied with a pungent smell of sulfur, prompting swimmers to evacuate the water, Maan news agency reported.

The spill had emerged around 20 meters into the sea and according to the Israeli Ministry of Environmental Protection, it was caused by a chlorine leak from a nearby hotel pool.

According to an eye witness, swimmers were warned by bubbles coming out of the water. “We were here in the morning when suddenly, the water started bubbling and a pungent smell spread. The smell disappeared for 10 minutes, then came back, causing the evacuation of swimmers in a radius of 300 meters,” the eye witness explained.