Arab Bank armed robber hands himself in to the police 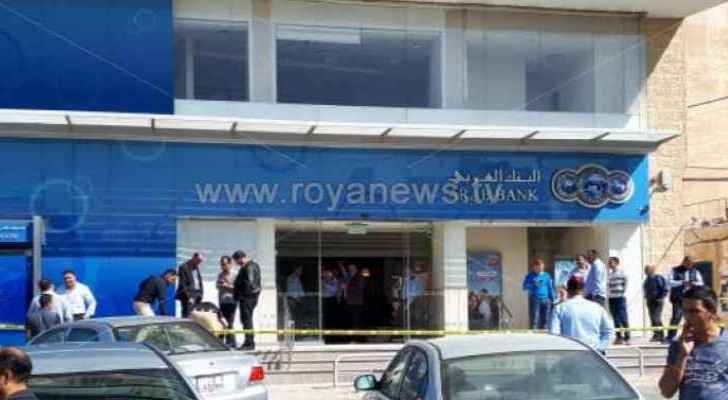 The armed robber who stole JD 16,000 from the Arab Bank on Mecca Street in Amman on Monday morning has handed himself in to the police at a station in Shafa Badran, hours after committing his crime.

The police have not said whether the stolen money was recovered or not.

The offender had fled the scene and left behind a bag and a gun, which was said to be made out of plastic.

A security source had told Roya that the robber used the bag to threaten the bank's staff, which was later found to be empty and not containing any explosives.

An eyewitness had told Roya earlier today that she saw passersby running out of the bank, just as one person threw a rock at someone in the crowd.

Police are still investigating the crime, while the offender will have to stand before a court for robbing the bank at gunpoint.