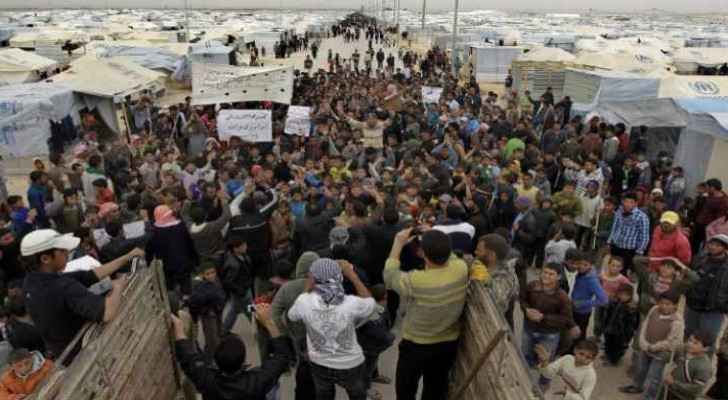 Jordan’s attempts to ameliorate the conditions facing Syrian refugees in the country have been met with mixed reviews by the Human Rights Watch (HRW). In an article published on Sunday, they commended Jordan’s decision to regularize refugees who have been living outside camps without permit, issued on March 4, but criticized the government decision to suspend their healthcare subsidies, which was announced on Jan. 24.

The legalization, in effect until Sept. 27, should affect 30,000 to 50,000 Syrian refugees who were previously liable to arrest, involuntary transfer to refugee camps or deportation. The procedure involves registering with the UNHCR and then with the Jordanian police. By March 20, more than 3,300 had signed up, according to UNHCR.

The legalization could increase access to education, as Syrian refugee children will become eligible for enrolling in schools, vocation training programs and university scholarships. Additionally, Syrian families would become more likely to send their children to school as adults would be able to obtain working permits and not face arrests, which was a cause in rising child labour.

Bill Van Esveld, senior children’s rights researcher at HRW, viewed the regularization as a promise for a better future for children but criticized the healthcare changes as a decision that “pulls the rug out from under refugees” who are already struggling. “Jordan’s new amnesty should mean less fear, anxiety, and suffering for Syrian refugee children and their families, and yet its altered healthcare policy will mean the opposite”, he continued to say.

As for healthcare, the new decision requires refugees to pay the same rate as other foreigners at public hospitals, with 80 percent upfront.

According to an association of international humanitarian groups in Jordan, since the decision, public healthcare facilities have not consistently applied the 2016 Health Ministry decree, which states Syrians are eligible for free pre- and post-natal care, family planning, and vaccinations.

The HRW also referred to a February survey released by UNICEF which reported that 45 percent of Syrian children under age six are not getting necessary health care such as vaccinations, and 85 percent live below the poverty line.

HRW referred to The Convention on the Rights of the Child, to which Jordan is a party, to advocate for the provision of healthcare to refugee children without distinction to their immigration status.

HRW encouraged international donors to live up to their pledges and deliver the much needed funds to support refugees. As of February 2018, UNHCR had received only $17.8 million out of the $274.9 million budget it needs for Jordan in 2018. Meanwhile, half the humanitarian budget bill for 2017 was covered by Jordan.

“With support from international donors, Jordan should move toward a coherent approach that ensures all Syrian refugees’ rights and gives Syrian children a meaningful chance at a better future.” Van Esveld said.