Paraguay and Honduras 'ready in principle' to move embassies to Jerusalem 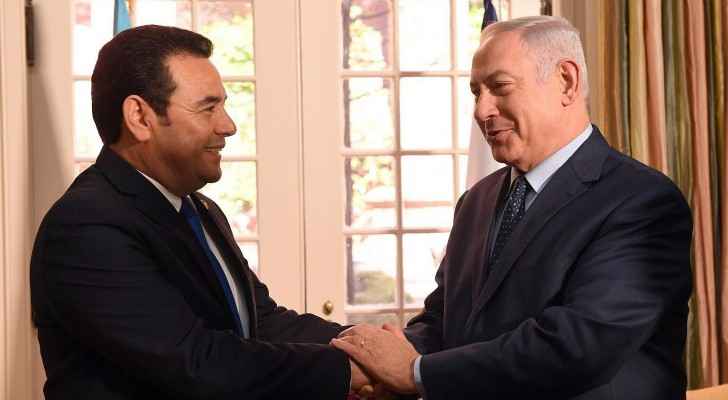 Paraguay and Honduras said they are both ready “in principle” to relocate their embassies from Tel Aviv to Jerusalem - following in America’s footsteps - on the condition that Israeli Prime Minister Benjamin Netanyahu makes an official visit to their countries, the Israeli Army Radio reported, quoting a senior Israeli diplomatic source.

Although Paraguay had abstained from voting against the UN motion that rejects the US decision to recognize Jerusalem as Israel’s capital, it previously expressed pro-Israeli sentiments. Honduras was also one of the seven countries who sided with the US and Israel at the UN General Assembly.

The two countries’ remarks followed Guatemala’s President’s announcement that his country will be moving its embassy to Jerusalem two days after the US embassy makes the same move on 14 May.

Additionally, the President of the Czech Republic said last Thursday that moving his country’s embassy to Jerusalem was “a top priority.”

The US Department of State had announced in February that the US will officially move its embassy to Jerusalem on May 14, the day when Palestinians commemorate the loss of their homeland since 1948, or what is known as Nakba Day (Day of the Catastrophe).

The Latin American countries’ statements come following this announcement, and US President Donald Trump’s announcement of the same step in December 2017 - the same month he declared Jerusalem as the capital of Israel.

His decision stirred regional and international controversy, and was faced by condemnation and anger from several Arab and non-Arab countries, as it eliminated any imminent solution for the decades-long Israeli-Palestinian conflict.