How some Jordanians turned the Abdoun Bridge suicide into a joke 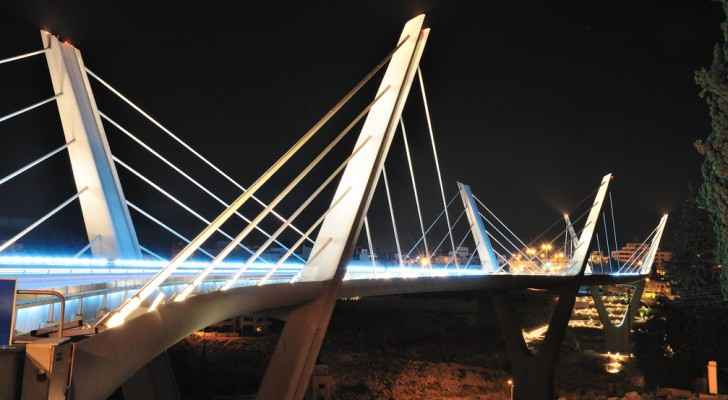 The Abdoun Bridge has become strongly associated with suicide over the past few years, after numerous people threatened to throw themselves off the bridge or jumped to their death from the same structure.

However, not everyone was sympathetic towards the man who committed suicide by jumping off the Abdoun Bridge in Western Amman on Thursday.

Social media users were split between those who felt horrified and sorry for the young man who abruptly ended his life, and those who turned the entire incident into a joke.

“I’m on the Abdoun Bridge right now. I demand that you bring me shawerma or I’m throwing myself off the bridge.”

“You want to commit suicide? Open your own window and jump. Why do you have to do it from the Abdoun Bridge? Is it so you could die in a cool way?”.

“It is extremely shameful and sad for some people to turn the suicide incident into a satirical one.”

Suicide is not funny, stop using it as a joke #جسر_عبدون

“Suicide is not funny, stop using it as a joke.”

#جسر_عبدون Nobody said that what he did was right but that person is dead and the only thing any HUMAN should say is الله يرحمه
this person have family and relatives, imagine them Reading all those stupid comments. You're a human how about you start acting like one.

“Nobody said that what he did was right, but that person is dead and the only thing any human should say is may he rest in peace. This person has family and relatives, imagine them reading all those stupid comments. You're a human being, how about you start acting like one.”

“So tragic, so young. He had his whole life ahead of him. So sorry for his family.”

“A 20 year-old man committed suicide! He's so young! What did he experience in life yet? Gosh! Help his family and friends!”

Suicide is a subject that should be addressed sensitively and must never be joked about.

The mental struggle a person must be going through while considering suicide is difficult for many people to understand and must not be taken lightly.

Ahmad Faqih, the Public Security Director, said in October last year that since the beginning of 2017, 104 people committed suicide, while 388 others attempted to end their lives.

Faqih added that the highest number of suicides over the past six years was recorded in Amman, and the lowest in Aqaba.

Police said the man who died on Thursday was in his twenties, but did not reveal further information about him or why he has committed suicide. An investigation into his death is ongoing.

Man dies after jumping off Abdoun ....