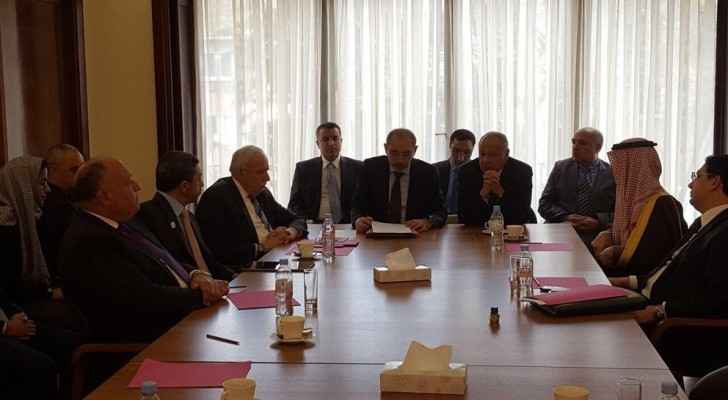 Several member countries of the European Union (EU) are considering the recognition of the Palestinian State either collectively or individually, the Palestinian ambassador to the EU, Abdel-Rahim al-Farra told the official Voice of Palestine Radio.

European foreign ministers and the Arab ministerial committee held a meeting on Monday in Brussels to discuss the latest developments in the Middle East peace process.

Both parties discussed the Palestinian-Israeli conflict and condemned Trump’s latest decision to recognize Jerusalem as the Israeli capital, stressing on the need to save the two-state solution.

“All the Arab ministers and the Secretary-General of the Arab League Ahmed Aboul Gheit spoke with one voice: the need for a new position on the part of the European Union with regard to the peace process and the Palestinian issue,” Farra said.

He also stated that in the meeting the EU Foreign Policy Chief, Federica Mogherini, confirmed the EU support for the two-state solution and that Europe rejects any change to the legal status of Jerusalem.

The international recognition of the State of Palestine was the main aim of the Palestine Liberation Organization (PLO) since the Palestinian Declaration of Independence in 1988.

The State of Palestine was recognized by 138 countries of the 193 member states of the UN and the two non-member states. Nine of them are members of the European Union; Malta, Cyprus, Czech Republic, Slovakia, Hungary, Romania, Bulgaria, Poland and Sweden.