Screenshot from the video. (Roya) 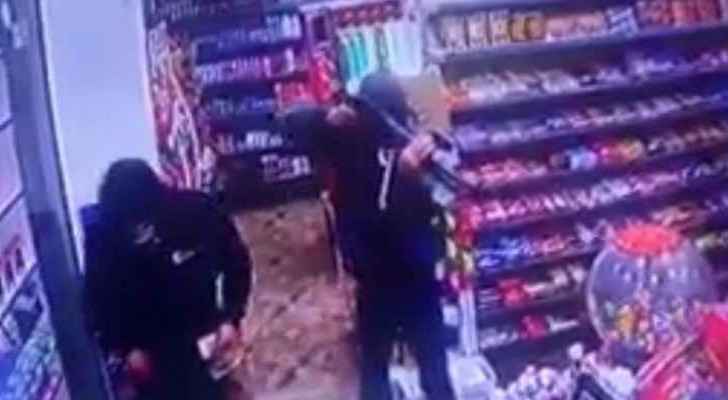 Armed robbers broke into a supermarket in Husn, Irbid on Saturday, according to a security source.

The two robbers threatened workers and stole JOD 700 before fleeing the scene. No injuries were reported.

Security forces launched an investigation to identify the robbers.

This is not the first robbery incident to take place in the Kingdom during the last few weeks, as two banks in Amman were robbed at gunpoint during the month of January.

The first one was the Etihad Bank in northern Abdoun, when the offender fled with JOD 98,000 in cash. However, he was caught by police officers and the money was retrieved shortly after.

Two days after the Etihad incident, an armed robber entered a branch of Societe Generale Bank in Al Wehdat area. The total of stolen money did not exceed JOD 76,000 and the offender was not caught yet.