The armed robber is currently on the run. (Roya) 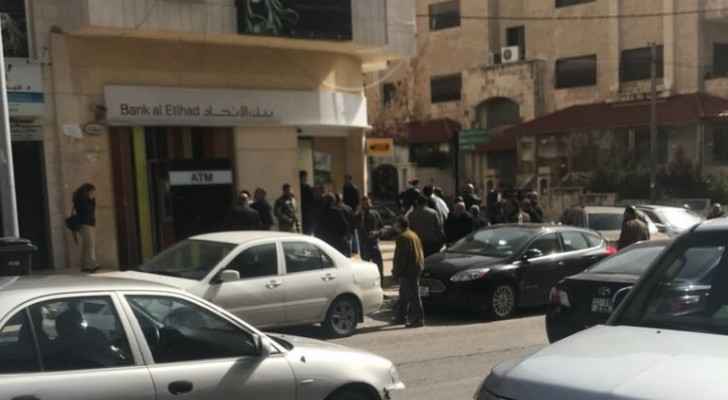 An armed robber entered a branch of Etihad Bank in the capital Amman on Monday morning, leaving with 98,000 JOD, after threatening the employees and customers with his weapon, a security source has said.

The bank is located in the affluent area Abdoun, the security source added.

The offender fled the bank immediately after getting hold of the money, but police caught him an hour after committing his crime, according to the Public Security Directorate (PSD).

The PSD, who retrieved the stolen money two hours after the man was caught, said that the robber confessed to his crime during his first police interrogation.

Etihad Bank gave Roya an exclusive statement on Monday afternoon addressing the incident, in which they confirmed that one of their branches in northern Abdoun was robbed by a single armed robber.

The bank added that no one was harmed during the robbery, and that police forces responded immediately to their emergency call.

The statement finally stated that the money stolen is fully covered by insurance.