More than one million children displaced by war against ISIS

Four million children are in need across Iraq (AFP) 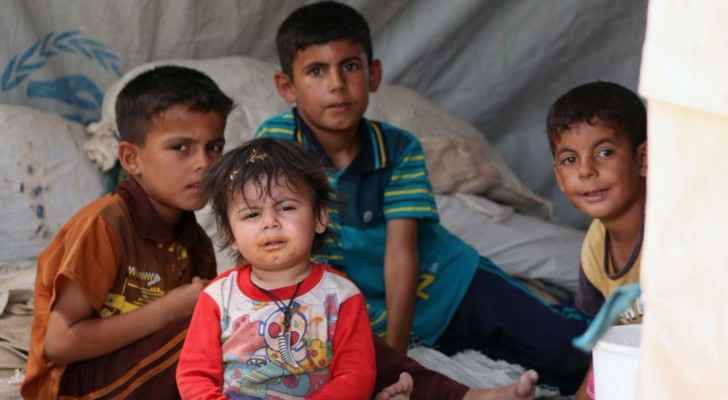 About 1.3 million of the people displaced in Iraq, after the war with ISIS, are children, Reuters reported citing the United Nations on Friday.

Earlier last month, the Iraqi government announced victory over ISIS. However, bombings and shooting attacks are still making it very difficult for displaced people to rebuild their lives, according to the UN children’s agency, UNICEF.

“We believe that as a result of the conflict, a lack of investment over the years, and the poverty … that there are 4 million children now in need across Iraq,” said Peter Hawkins, UNICEF chief representative in the country.

He added that half of the 2.6 million who were displaced due to war, are children.

According to Hawkins, UNICEF does not only help Iraqi children, but also the children of ISIS militants who are now in detention.

Earlier this month, Germany said it expects to receive more than 100 children of ISIS fighters.

German authorities are reportedly trying to secure the children whose parents have been detained.

More than two million students affected by COVID-19 in ....