Trump: Why US allows people to come from 'shithole' countries?

Trump attacks migrants in the US in a controversial meeting. 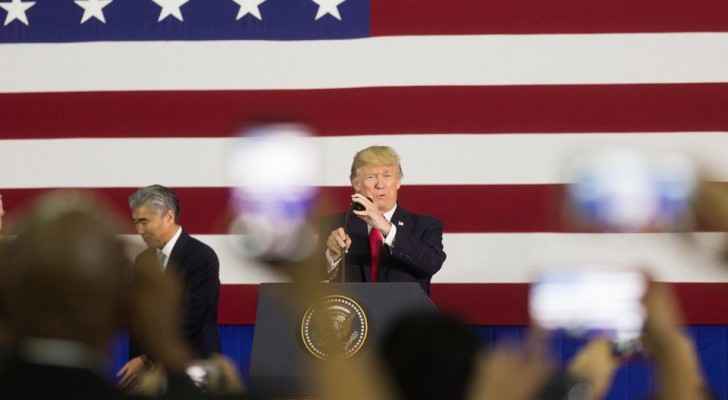 “Why are we having all these people from shithole countries come here?” US President Donald Trump attacked lawmakers on Thursday while discussing a suggestion to protect immigrants as part of a bipartisan immigration deal, the Washington Post reported.

It suggests the US should protect immigrants from Haiti, El Salvador and other African countries as part of a bipartisan immigration deal.

Media sources said a Minority Senate was explaining to Trump a proposal to end the visa lottery in exchange for Temporary Protected Status (TPS) for countries such as El Salvador, and he was mentioning a list countries to be covered.

When he got to Haiti, Trump asked him: “why the US wants more people from Haiti and African countries?”.

Trump added the US should get more people from countries like Norway.

He also suggested the US would open doors to more immigrants from Asian countries as they might help the United States economically.

Trump’s comments “shocked” the attendance, the Washington Post said, as it was the first to report what happened in the Oval Office meeting.

However, the White House press secretary, Sarah Sanders, confirmed: "There has not been a deal reached yet."

"The [President's] comments are unkind, divisive, elitist, and fly in the face of our nation's values," Republican Mia Love, whose parents came to the US from Haiti, said in a statement. "This behavior is unacceptable from the leader of our nation." Demanding an apology from the President.

The Republican, Cedric L. Richmond, a Chairman of the Congressional Black Caucus, said on Twitter that Trump’s remarks “are further proof that his Make America Great Again Agenda is really a Make America White Again agenda.”

The Trump administration announced late last year that it would end the TPS designation for Haiti, a move that will affect thousands of Haitian immigrants in the states.

The Department of Homeland Security also on Monday announced it would end protection more than 200,000 Salvadorans, and on Thursday the White House rejected a bipartisan immigration proposal, including a fix for people protected under the Deferred Action for Childhood Arrivals program.