Around 599,413 Jordanian and foreign tourists visited Petra in 2017

Petra listed as one of the Seven Wonders of the World in 2007. (Wikimedia Commons) 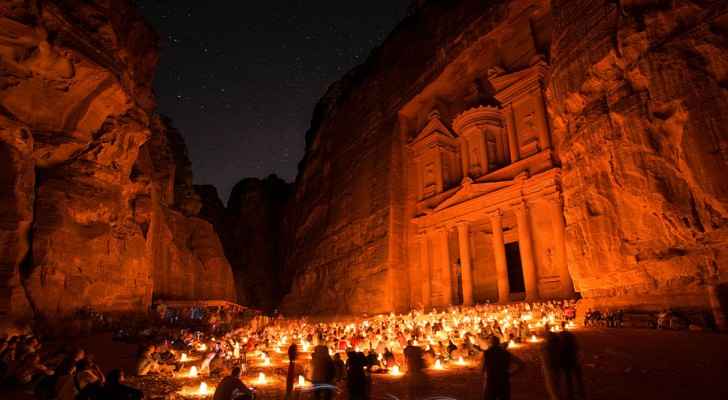 The tourism movement in Petra reached 34%, including Jordanian and foreign tourists and school trips.

Tourism movement improved significantly during 2017 by 33% comparing to 2016.

Petra was announced on July 7, 2007 one of the Seven Wonders of the World and became the perfect and best tourist destination for many people from around the world.

It became one of the main tourist attraction in the Kingdom, as it is visited by thousands from around the world.

Jordan in 2017 marked significant achievements to improve tourism industry, including considering the “Jordan Trail” among the 21 best places to visit in 2018, according to National Geographic Traveler magazine.

With the ongoing turbulence across the region, Jordan has seen its visitors number decrease in recent years.

However, Jordan remains a safe and stable country in the region, rich with ancient monuments that date as far back as the 4th century BC, the magazine confirmed.