Palestinian man from Gaza hit back at Trump by naming his triplet: Jerusalem, Capital and Palestine. (elfagr.com news) 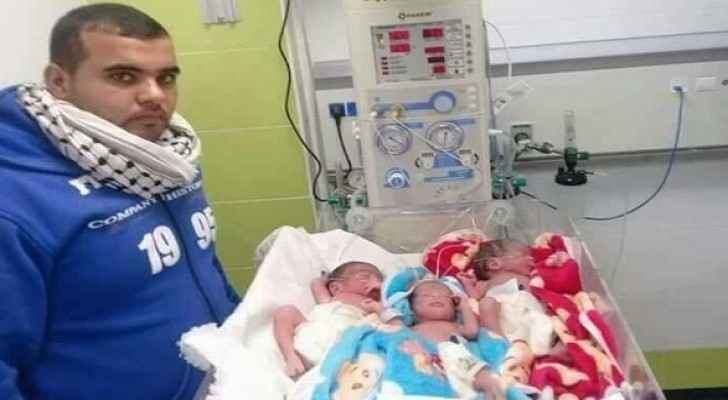 Palestinian man from Gaza decided to protest Trump’s decision to recognize Jerusalem as the Israeli capital… on his own way.

Nidal Al Seqali, 30-year-old from Gaza had a triplet twin, two boys and a girl last Thursday, and decided to name them ‘Jerusalem’, ‘Palestine’ and ‘Capital’, respectively, which when collected will say: ‘Jerusalem is the capital of Palestine’.

“My aim is to assure the fact that Jerusalem is Palestinian, Arab and Islamic. And it had always been and will always be”, Al Seqali, from Khan Younis, told Anadolu News Agency.

“I have never found prettier names to name my children”, he said.

The Palestinian father told Al Quds News that if he had a fourth child, he will name it ‘Eternal’, to complete the sentence: ‘Jerusalem is the eternal capital of Palestine’.

Since Trump’s decision on December 6th, Palestinians in the West Bank and Gaza are holding demonstrations to protest the decision, resulting in more than 3,000 injuries and at least 14 deaths.