For the 43rd time: US vetoes draft resolution backing Israel 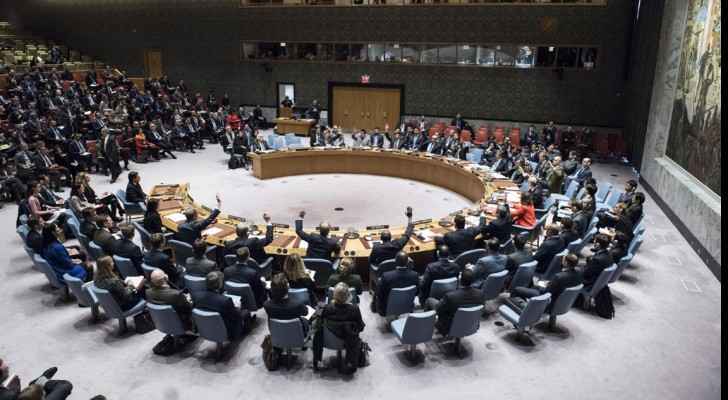 The resolution was proposed by Egypt and backed by the 14 permanent and non-permanent member states in the Security Council, who considered Trump’s decision illegal and contradicts international law.

However, the final US veto against the draft resolution raised many questions about US legitimacy to back Israel in such a decision was considered by the whole international community as illegal.

The US Ambassador to the UN, Nikki Haley, confirmed ahead the UN meeting her country’s plans to veto the draft resolution claiming it does not serve the Middle East peace process.

Haley accused the UN of double standards, as the resolution 2334 issued by the Security Council last year- that considers the Israeli settlements in the Palestinian territories as a "flagrant violation”- is an obstacle to the peace process.

She also confirmed that the error committed by the previous US administration to abstain from voting on the resolution will not be repeated.

The failure of peace efforts is not because of settlements, Haley confirmed, but it is because Palestinian leaders who have rejected several peace proposals over the years.

Meanwhile, France’s representative to the UN Security Council François Delattre confirmed his country will vote in favor of the draft-resolution, saying the two-state solution is the best way to end the Palestinian-Israeli conflict.

He said the Egyptian proposal came in good and serves the desired goal.

On the other hand, the Palestinian presidency condemned the US veto, calling it “a mockery of the international community and a concession to the Israeli occupation and aggression”, according to Wafa News.

The Palestinian President’s spokesman, Nabil Abu Rudeineh described the US veto as it “stands against the international consensus, contravenes the resolutions of international community and Security Council resolutions and represents a complete bias with the occupation and aggression”.

He stressed that such step would lead to further isolation of the US and is a provocation of the international community.

“We will continue our measures in the United Nations and in all international institutions to defend the rights of our people,” Abu Rudeineh said.

The UN Security council held the urgent meeting on Monday at the request of Egypt- the only Arab member of the council- to vote on a draft resolution demanding that all countries commit to previous Security Council resolutions regarding the Holy City of Jerusalem.

The draft resolution suggested that “any decisions and actions which purport to have altered, the character, status or demographic composition of the Holy City of Jerusalem have no legal effect, are null and void and must be rescinded in compliance with relevant resolutions of the Security Council”.

With this vote, the US is officially using its power for the 43rd time to back Israel, while the other 14-members of the council backs it.