King Abdullah II heads to the Vatican and France 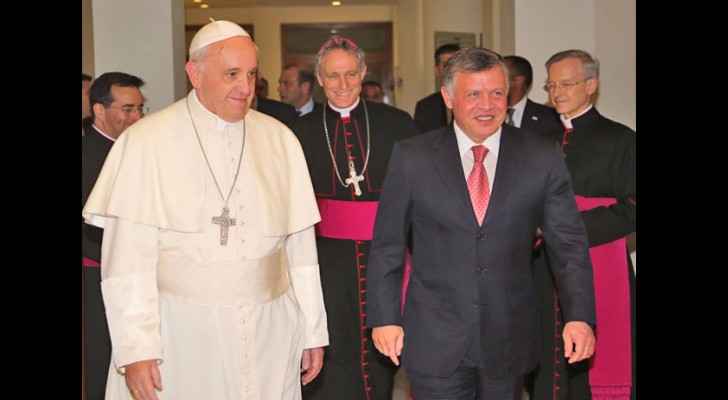 His Majesty King Abdullah II is set to visit the Vatican on Tuesday to meet with Pope Francis, to discuss developments related to Jerusalem, following President Trump's decision to relocate the U.S. Embassy from Tel Aviv to the city, after recognising it as the capital of Israel.

King Abdullah will then head to Paris, France, where he will meet French President Emmanuel Macron to further discuss the latest developments in the region, and especially those related to Jerusalem.

During his trip outside the Kingdom, Prince Faisal bin Hussein has been sworn in as the King's Regent.