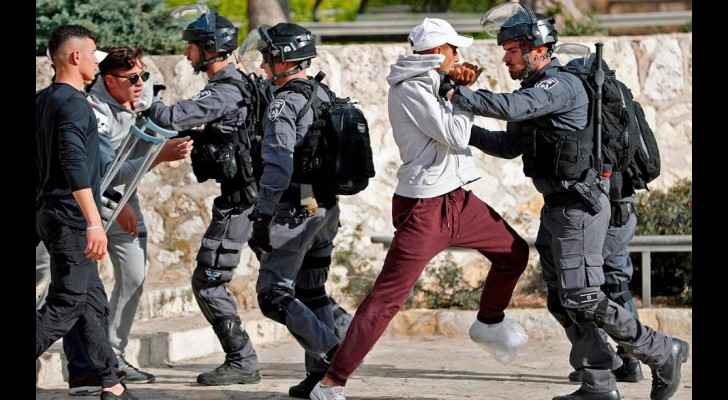 Israeli forces detained 17 Palestinians during several raids across the Occupied West Bank and Jerusalem, raising the number of detainees since the beginning of unrest followed Trump’s decision to 430.

On Sunday only, seven Palestinians were detained in Jerusalem, five in Hebron, three in Ramallah and one in Jenin.

According to the Palestinian Prisoner’s Society (PPS), Israeli forces detained at least 430 Palestinians across the West Bank and Jerusalem, including 131 children.

Also, a group of extremist Jewish settlers broke into al-Aqsa mosque on Sunday, and they were protected by Israeli police, according to WAFA News.

Settlers broke into the holy site through Bab al-Magharba Gate and went on provocative tours in while Israeli police provided protection for them.

Moreover, clashes continued in different parts of the West Bank, including Nablus, Jenin, Hebron, Tulkarm, Jerusalem and many other cities.

In general, ten Palestinians have been killed so far in the clashes, thousands were injured since Trump’s Jerusalem decision earlier this month.

Jordanians call for the closure of the Israeli Embassy in ....

Jordanians call for the closure of the Israeli ....

Jordanians call for the closure of the Israeli ....

Jordanians call for the closure of the ....

Safadi: Jordan has not forgotten about the Israeli Embassy ....

Safadi: Jordan has not forgotten about the ....

Safadi: Jordan has not forgotten about the ....

Safadi: Jordan has not forgotten about ....