Jordanians have been protesting for the second week running. (Roya) 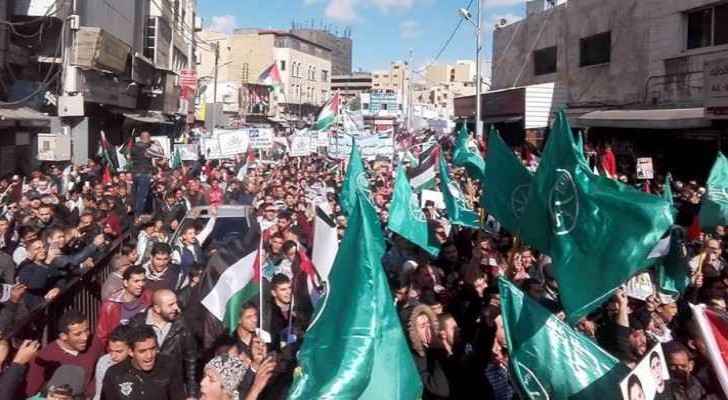 Thousands of Jordanians have taken to streets in downtown Amman following Friday prayers, as protests against U.S. President Donald Trump’s decision to recognise Jerusalem as the capital of Israel continue into the second week.

The “Million People March”, launched under the slogan “Jerusalem is ours,” started at the front of Al-Husseini Mosque in downtown Amman.

Protesters waved Palestinian flags, rejecting Trump’s decision and emphasised that the Arab people would not accept the violation of their holy sites.

Protests are also taking place outside the U.S. embassy in Amman’s Abdoun, and across Jordanian cities, following Trump’s announcement proclaiming the US decision and preparations to move the US embassy from Tel Aviv to Jerusalem.