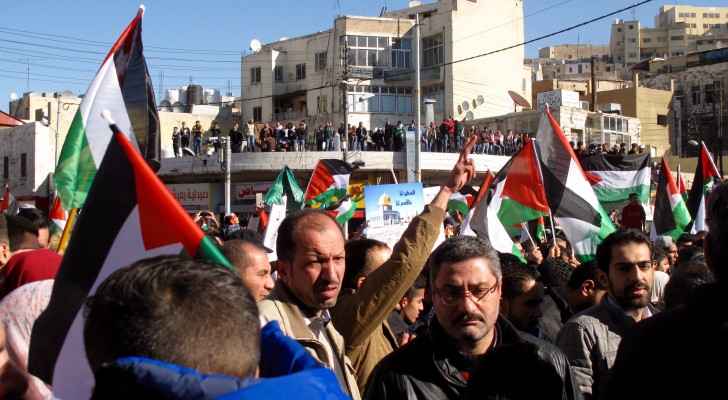 Tens of thousands have taken to the streets in downtown Amman, Jordan, to protest U.S. President Donald Trump’s announcement recognising Jerusalem as the capital of Israel.

They also burned the flags of the United States and Israel, and called for the expulsion of U.S. ambassadors from the kingdom.

Chanting "God, Palestine, Jerusalem is Arab," and "You, the American Embassy, are on Arab land," the crowd of protesters stretched as far as the eye could see

“We came here in solidarity with Arabic Jerusalem, I brought my little son with me, Qusay, because I want to teach him how valuable Jerusalem to us is,” one protester told Ro’ya.

“I came to support Palestine,” said Waleed, 12-years-old. When asked what he wanted to say to the U.S. president, he responded: “ I don’t want to tell Trump anything, I just want to punch trump.”

Protests are also taking place outside the U.S. embassy in Amman’s Abdoun, and across Jordanian cities, following Trump’s Wednesday announcement proclaiming the US decision and preparations to move the US embassy from Tel Aviv to Jerusalem.