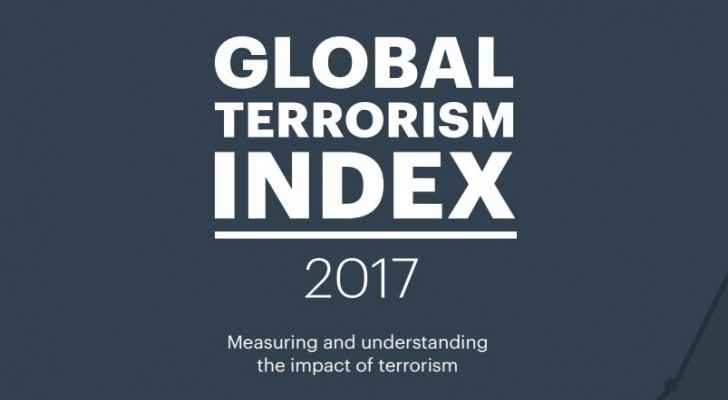 Jordan ranks 51 out of 130 countries impacted by terrorism, with a score of 3.788 out of 10, according to the Global Terrorism Index (GTI).

In 2016, six terrorist attacks were carried out in Jordan, which killed 20 people and injured 31 others. This is an increase from the single attack in 2013, as GTI mentioned in the report.

“The number of breaches in the last year has been higher than those of the past ten years, because of the dangers Jordan faces,” Jordanian military expert, Fayez Al Dweiri told Roya.

The Institute for Economics & Peace releases the Global Terrorism Index (GTI), which annually analyses the impact of terrorism.

Over the last 17 years, 99% of all terrorist deaths have occurred in countries that are either in conflict or have high levels of political terror.

For the second consecutive year, there was a 13% reduction in deaths from terrorism in 2016. 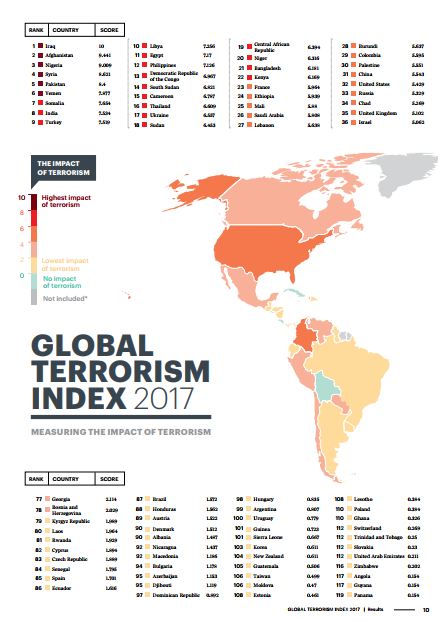 The top five countries in the index were Iraq, Afghanistan, Nigeria, Syria and Pakistan, where nearly three-quarters of all deaths from terrorism took place in 2016. All of them have seen a drop in deaths numbers except Iraq.

Iraq saw a 40% increase in deaths in 2016, driven largely by ISIS activity in response to government efforts to liberate territory held by the group.

Iraq recorded 9,765 deaths in 2016, which is only slightly lower than 2014 peak of 9,924. This increase in deaths is largely attributed to the changed activity of ISIS in Iraq.

Syria has seen the most dramatic increases in terrorism in the last decade, with the start of the ongoing conflict in 2011.

In 2016, Syria recorded its first reduction since 2011. The number of deaths from terrorism decreased 24% from the previous year to 2,102.

Yemen, Somalia, India, Turkey, and Libya rounded out the top 10 countries in the index. 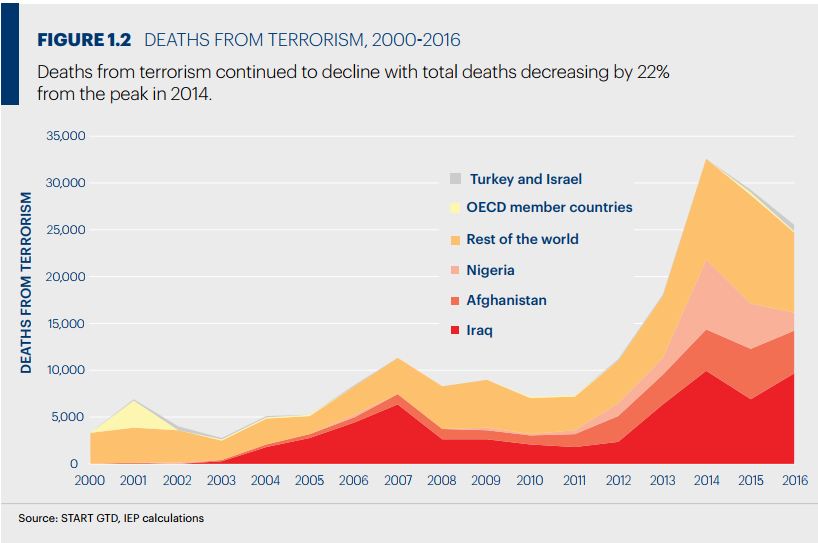 Since 2012, countries with the highest number of battle-related deaths are Syria, Iraq, Afghanistan and Yemen, who also have very high levels of terrorism.

In terms of terrorist groups, the deadliest groups were ISIS, Boko Haram, Al Qaeda, and the Taliban, who were responsible for 59% of terrorist-related deaths in 2016.

ISIS was the deadliest among them, with a 50% increase in deaths from its previous peak in 2015.

While European countries and other developed nations suffered more deaths from terror attacks in 2016, since the September 11 attacks, North America was the only region to see a decline.

The Institute for Economics & Peace (IEP) had released the annual Global Terrorism Index (GTI) study, which is a report analysing the impact of terrorism for 163 countries and examines patterns of terrorism over the period from the beginning of 2000 to the end of 2016.

'Innovate For Refugees' competition: do YOU have the ....

'Innovate For Refugees' competition: do YOU have ....

'Innovate For Refugees' competition: do YOU ....

'Innovate For Refugees' competition: do ....