Officials from Prince Alwaleed's company, KHC, could not be reached for comment. (Business Insider) 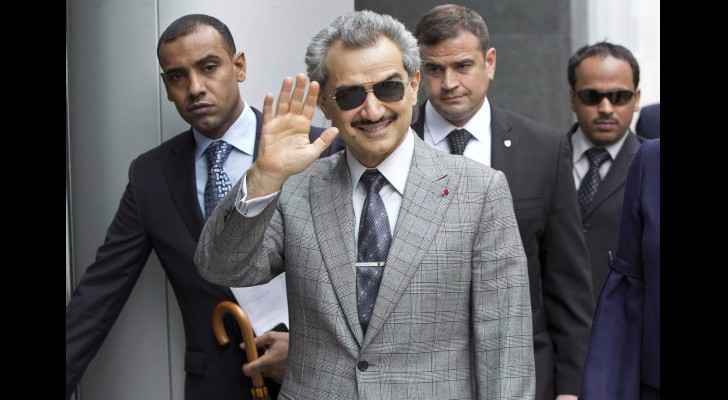 A senior Saudi official stated on Sunday that one of the most influential businessmen, as well as the former Minister of Finance, were among the dozens of Saudi figures who were arrested and are now under investigation by a new anti-corruption Saudi committee.

The official, who requested to remain anonymous, claimed that billionaire Prince Al-Waleed Bin Talal, who owns the Kingdom Holding Company (KHC), and the former Finance Minister, Ibrahim Al Assaf, were among the detainees.

Officials from the KHC could not be reached for comment.

According to official media reports, the cabinet reshuffle resulted in the dismissal of the National Guard minister, Prince Miteb bin Abdullah, who was replaced by Prince Khalid bin Ayyaf. The Minister of Economy and Planning, Adel bin Muhammad Fakeih, was replaced by his deputy Mohammed Al Tuwaijri.

It is believed that Prince Meteb, late King Abdullah’s favorite son, was one of the most prominent contenders for the throne, before the unexpected ascension to the throne by Saudi’s crown prince.

Prince Mohammed, who vowed to combat corruption on all levels, will head the new anti-corruption committee. The committee was given extensive powers to investigate cases, as well as issue arrest orders and travel restrictions, and freeze assets.

The royal decree stated that the country will not rest until corruption has been eradicated and the corrupt are held accountable, along with whoever harms the country and exploits public money.

Alwaleed bin Talal tweets for the fist time since his ....