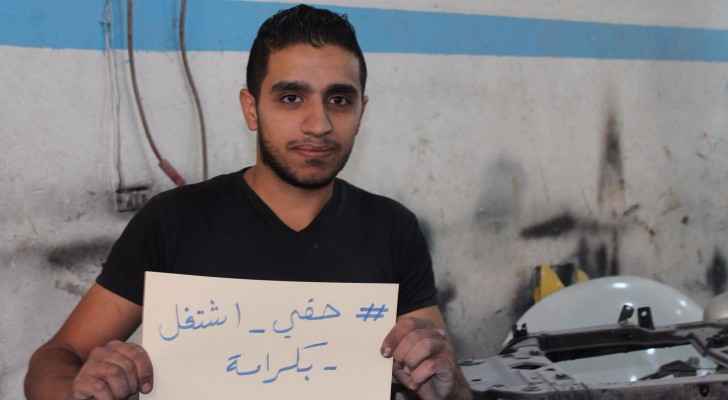 The Jordanian Labour Watch launched a social media campaign called #من_حقي_أشتغل_بكرامة (which means #I_demand_working_with_dignity) aimed at raising awareness regarding labor rights in Jordan, which comes in a time the world celebrates the International Day for Decent Work.

‘My right is to work with dignity’ campaign was one of many major movements triggered by Jordanian Labour Watch, and it will last for 10 days starting from October 7th, to raise awareness about poor working conditions in the Kingdom.

The Labour Watch highlighted the importance of applying decent work measures in accordance with workers’ labor laws, starting from the provision of suitable working conditions for both men and women, in line with freedom, equality and human dignity.

Jordan became a member of the International Labor Organization (ILO) in 1956, and the first Decent Work Country Programme in the Arab region was launched by the ILO in Jordan in 2006. However, the workers in the Kingdom continue to face many challenges.

A recent report by Jordan Labor Watch noted that labor protests in Jordan increased by 22% between 2015 to 2016, as a total of 288 labour protests were organised in 2016, compared to 236 protests the previous year.

Although protests numbers in 2015 are lower than 2016, it remains high and and constitutes an indicator of the tensions in the Jordanian labour market, according to the report.

“Workers in Jordan are facing many issues such as the lack in job opportunities,” the Director of the Phenix Centre for Economic and Informatics Studies, Ahmad Awad, told Ro’ya. 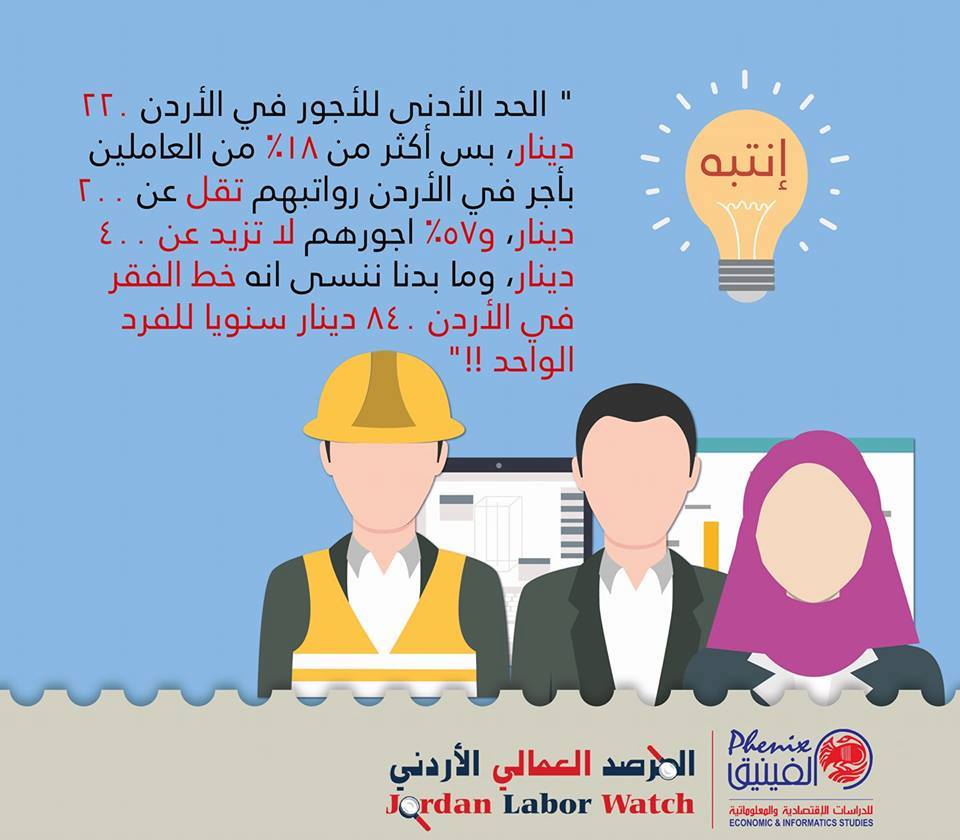 Photo: An infographic illustrats the national minimum wage limit which stands at 220 JOD, while wages of more than 18% are less than 200 JOD.  (Jordan Labor Watch Facebook Page)

With the the national annual poverty line for 2010 set at 813.7 JOD per individual, these low wages leave many workers struggling with a lack of social security, with “only half of the Jordanian workforce covered by the social security system,” Awad told Roya.

Further challenges faced in the workforce include the rise in the number of violations against workers, in addition to a “failure in applying safety and health measures to ensure that government is able to build sustainable social stability based on decent working conditions,” Awad noted.

Awad also confirmed that barriers set by the Jordanian labor law against organizing labors unions is the main legal obstacle for labors, as the government refuses to enact legislative amendments allowing the establishment of new trade unions, despite the clear constitutional provisions.

The campaign 'My right is to work with dignity’ has been designed to address these challenges, Awad stated, and he hopes to raise workers’ awareness about workers' rights, and improve standards for decent work.