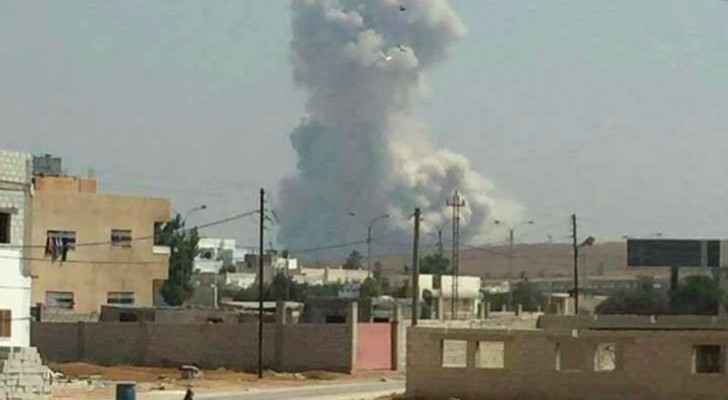 Citizens in the Jordan city of Al Ramtha, bordering Syria, have felt the tremors of an explosion of a Free Syrian Army weapons depot in Syria's Daraa province, according to a security source.

The sound of the explosions was heard in the northwestern city in Irbid province, and was reported to be the effects of a grenade that exploded in the Syrian territories, according to local sources.

The village is situated 400m for Syria’s southern province of Daraa, where rebel held areas are regularly bombed by Russian and regime airforces, with stray shells often flying into the the neighbouring Jordanian village.

Ramtha MP Abdul Karim Darayseh told the Jordan Times that the roaring sounds from the nearby Daraa battlefield, alongside the possibility of mortar shells falling on the Jordanian side, have forced some families to abandon their houses and seek safety inside the northern district.