“Once Upon a Time in Zaatari and Azraq Camp' : New children's book released for refugee children 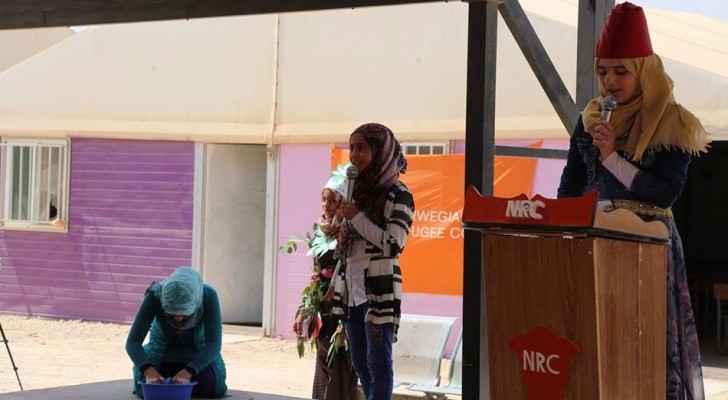 An illustrated children’s book titled “Once Upon a Time in Zaatari and Azraq Camp,” has been launched by the Norwegian Refugee Council (NRC) and freely distributed to parents whose children were enrolled in the NRC learning center.

The book is compilation of stories written by Syrian refugees in Zaatari and Azraq Camp and was published by Kitabna, an organization which publishes books for children displaced by the violence in Syria, Lebanon, Palestine, Turkey, Iraqi Kurdistan and Jordan.

“This event is not only an opportunity to present the book, it is also to kick off the second cohort of the learning centre activities in Zaatari,” said Christian De Luca, Education Project Manager for NRC in Jordan.

“We wanted this book that keeps alive the beautiful tradition of storytelling in the Middle East, Hakawati to be read by the Syrian facilitators to the children at the learning center, but also by Syrian refugee parents to their children at home, in the camps.”

Through participatory reading for children at the NRC Learning Centers in both camps, Syrian facilitators hope to help them reconnect with their roots through the Hakawti heritage, a narrating style that was very common in Syria before the age of new media.