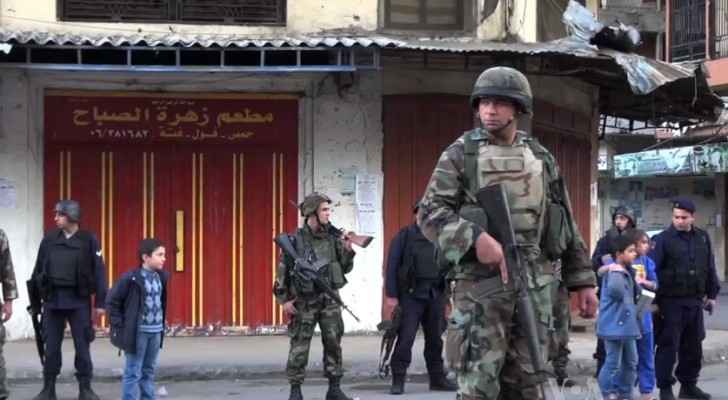 Rights groups on Wednesday called for an independent investigation into the deaths of four Syrians arrested after Lebanese army raids last week on a refugee camp in the country's northeast.

The Lebanese army said the men, who were detained during raids on refugee camps near the border down of Arsal, died on Tuesday of pre-existing health conditions ahead of their interrogations.

The announcement sparked swift allegations that the four Syrian men were tortured to death, particularly after images emerged depicting a body with a bruised neck and bloody face.

AFP could not independently verify whether the pictures were of one of the four Syrian detainees who died.

Human Rights Watch and Lebanese NGO LIFE called for a full investigation to determine the circumstances behind the four deaths.

"We are urging a formal, transparent and independent investigation, and in the case of wrongdoing, holding those responsible for the deaths to account," said Lama Fakih, HRW's deputy director of the Middle East and North Africa.

"We have previously documented accounts from individuals tortured or abused in the custody of army personnel. We are continuing to urge that these allegations be taken seriously," she told AFP.

Lebanon is home to more than a million refugees fleeing the conflict in neighbouring Syria, many of whom live in informal tent settlements.

On Friday, Lebanese soldiers stormed two refugee camps near Arsal, but were met with a string of suicide attacks and grenades.

They carried out a wave of arrests in the wake of the explosions, which killed one girl and wounded seven soldiers.

"During the usual medical examinations (of detainees) conducted by the army's medical unit, a number of them were found to be suffering from chronic health problems that were activated as a result of weather conditions," the army said on Tuesday.

It said the conditions of the men -- identified as Mustafa Abdelkarim Abseh, Khaled Hussein Al-Malis, Anas Hussein al-Hasiki, and Othman Morei al-Malis -- worsened and they died.

Lawyer Nabil Halabi also called on Lebanese authorities "to conduct a fair, serious investigation based on autopsies to show the real reason for the deaths."

Halabi, who heads the Lebanese Institute for Democracy and Human Rights (LIFE), said there were indications as many as 10 refugees had died under torture.

The army's treatment of detainees after the Arsal incident has generated fierce controversy in Lebanon, particularly after images emerged of security forces apparently detaining dozens of refugees.

The men are pictured shirtless and lying on the ground in rows, their hands tied behind their backs.

Egyptian arrested for torturing wife, forcing her to sit ....