Palestinian rapper DJ Khaled continues rise to the top with no.1 album

Palestinian rapper DJ Khaled continues rise to the top with no.1 album 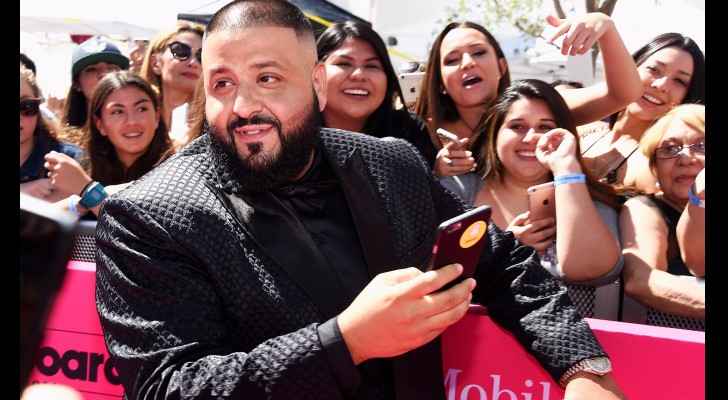 DJ Khaled, long a prominent behind-the-scenes force in hip-hop, has achieved a second number-one album with his latest star-studded work.

The 41-year-old Miami rapper's "Grateful" debuted at the top of the Billboard album chart for US sales for the week through Thursday.

The album features cameos from a who's who of top names in music including Rihanna, Drake, Chance the Rapper, Beyonce and her husband Jay-Z -- who released his own new album Friday.

Much of "Grateful" is full of braggadocio verses with DJ Khaled and other major names boasting of their success. But the single "Shining" took on a new meaning as Beyonce sings of "all of this winning," despite her controversial failure to win the latest Grammy for Album of the Year.

DJ Khaled has been a producer to stars but achieved his first number-one album on his own a year ago with "Major Key," with his profile growing thanks to his avid use on Snapchat, the social media platform that specializes in temporary videos.

His latest album triumph comes after an embarrassment in June as he played a major festival, Electric Daisy Carnival in Las Vegas, where his set was marred by sound problems.

Born Khaled Mohamed Khaled to Palestinian immigrant parents, DJ Khaled is one of the most prominent Muslims in Western music although he rarely discusses his faith in his music.

Among other highlights on the Billboard chart released late Sunday, late pop icon Prince's classic "Purple Rain" re-entered at number four after his label put out a remastered version to mark what would have been his 59th birthday.