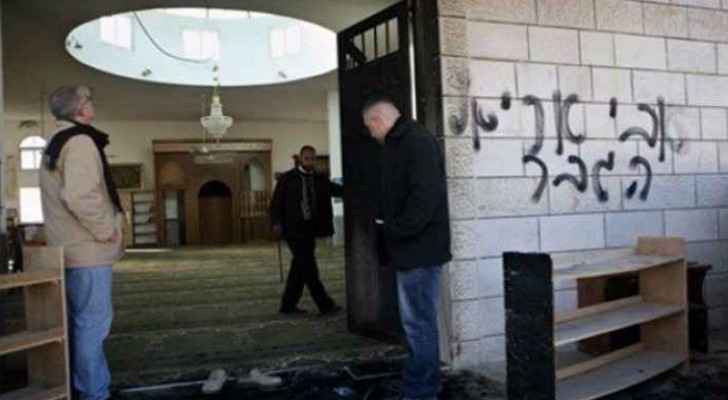 Israeli forces stormed a mosque in Bir Al Basha village, southwest of the city of Jenin in the West Bank, early Monday morning.

The forces ransacked the mosque under the pretense that it required an internal inspection.

The Bir Al Basha Village Council said in a statement that the forces raided their village before causing severe damage to and violating the sanctity of the Bilal Bin Rabeh Mosque.

The council added that just before leaving the village, Israeli soldiers spread themselves out on the roof of the mosque, while the remaining others surrounded the building.