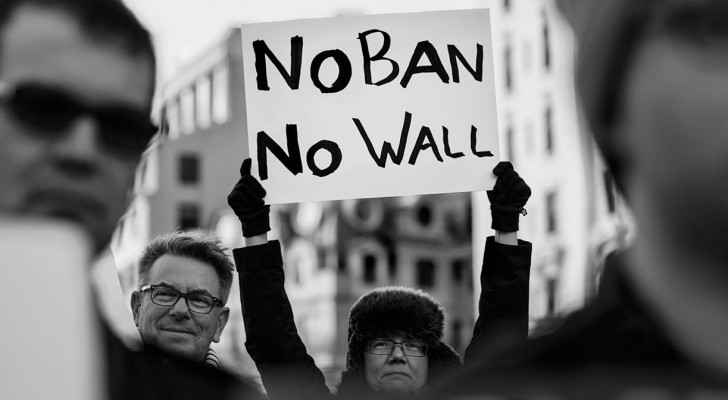 A US judge has halted deportations of all Iraqi nationals -- some slated for removal as early as Tuesday -- on the grounds they could be tortured or killed if returned to the Middle Eastern country.

The judge said his latest order temporarily halts removal proceedings against as many as 1,444 people, including in Tennessee and New Mexico, of whom 85 faced removal as early as Tuesday.

The order comes as the federal government prepares to block certain citizens from six predominantly Muslim countries from traveling to the US, after the Supreme Court Monday partially reinstated President Donald Trump's controversial travel ban ahead of a hearing on the case.

In a March deal between the US and Iraq, the Trump administration agreed to remove the Middle Eastern country from the initial version of its proposed ban, in exchange for Iraq agreeing to take in deported immigrants.

More than 100 Iraqi immigrants with criminal records were arrested in the Detroit area in an immigration raid earlier this month -- prompting a lawsuit.

They were slated for deportation back to the war-torn Middle Eastern country with a history of religious animus.

"The community was caught off guard," Nathan Kalasho, a member of the Iraqi Chaldean Christian community in the Detroit area told AFP.

"We have not faced a crisis like this in the United States for several years," said Kalasho, an operator of a charter school who is helping in a joint legal effort with the American Civil Liberties Union (ACLU).

Judge Goldsmith last week granted a temporary restraining order to pause any impending removals to give immigrants a chance to show that they would be in danger if sent back.

"The substantiated allegations made here are that detainees face extraordinarily grave consequences: death, persecution, and torture," Goldsmith wrote in expanding the order nationwide for 14 days.

US Immigration and Customs enforcement did not immediately return a request for comment, but said earlier this month that those arrested in Michigan all had criminal convictions which qualified them for deportation.

But advocates claim many of those targeted have lived in the US for decades and led responsible lives after brief brushes with the law.