Losing coral reefs is not only bad news for tourists diving to see their beauty and marine life swimming among them. 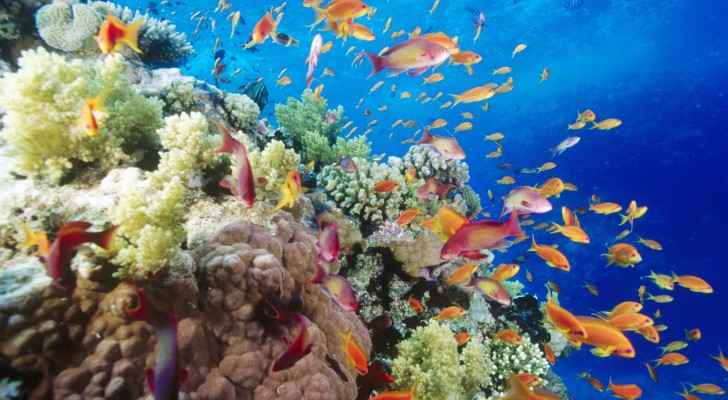 In the azure waters of the Red Sea, Maoz Fine and his team dive to study what may be the planet's most unique coral: one that can survive global warming, at least for now.

The corals, striking in their red, orange and green colours, grow on tables some eight metres (26 feet) underwater, put there by the Israeli scientists to unlock their secrets to survival.

They are of the same species that grows elsewhere in the northern Red Sea and are resistant to high temperatures.

"We're looking here at a population of corals on a reef that is very resilient to high temperature changes, and is most likely going to be the last to survive in a world undergoing very significant warming and acidification of sea water," Fine said at his nearby office ahead of the dive.

Global warming has in recent years caused colourful coral reefs to bleach and die around the world -- but not in the Gulf of Eilat, or Aqaba, part of the northern Red Sea.

That is what has prompted Fine's work, both in the Red Sea and on its shores.

At the Interuniversity Institute for Marine Sciences in the southern Israeli resort city of Eilat, dozens of aquariums have been lined up in rows just off the Red Sea shore containing samples of local corals.

A robot slowly dips its arms into each glass container, taking measurements and uploading them to a database.

"We exposed corals to high temperatures over long periods of time, beyond the current peak summer temperatures and even beyond the model-based temperatures we predict for the end of the century," said Fine, a marine biology professor from Bar Ilan University in central Israel.

He explained: "They didn't undergo bleaching."

According to Fine, the Gulf of Eilat corals fare well in heat thanks to their slow journey from the Indian Ocean through the Bab al-Mandab strait, between Djibouti and Yemen, where water temperatures are much higher.

"Over the past 6,000 years they underwent a form of selection through a very, very hot body of water, and only those that could pass through that hot water body reached here, the northern Red Sea and Gulf of Eilat," he said.

The world just marked its three hottest years in modern times, with scientists pointing to increases in heat-trapping emissions such as carbon dioxide as a driving factor.

Oceans also absorb about one-third of the carbon dioxide released by human activities, resulting in increasing acidification that is harmful to corals.

Often mistaken for a form of vegetation, corals "are in fact an animal that lives in symbiosis with an algae, a plant," said Jessica Bellworthy, a PhD student under Fine's supervision taking part in the Eilat research.

Corals and algae "provide services for each other," with the algae providing "up to 90 percent of the coral animal's food" through photosynthesis, said Bellworthy, originally from Britain.

"When ocean temperatures get too hot, this symbiosis, this relationship, breaks down," she said.

"The algae is lost from the coral and causes the coral to look white," effectively "starving" it.

Losing coral reefs is not only bad news for tourists diving to see their beauty and marine life swimming among them.

Corals are important to "the whole balance of the eco-system," offering structure, food and protection to a variety of marine animals, Bellworthy said.

Their rich chemical interactions have provided components for medications, including those for cancer and HIV patients, Fine said.

But while the coral reefs off Eilat and Aqaba may be able to survive global warming for now, they also face other risks.

Fertilisers, pesticides and oil pollution "harm the corals and lower their resilience to high temperatures," Fine said, warning of plans to build fish pools that would stream nutrient waste into the Gulf of Eilat.

The Israeli researcher stressed the need to join forces with countries that share the Red Sea.

That would include not only Jordan and Egypt -- the only two Arab states to have peace agreements with Israel -- but also Saudi Arabia, with which Israel has no formal ties.

"To safeguard this small body of water, we naturally need the cooperation of our neighbours since the reefs have no borders," Fine said.

Exclusive: Sharks in Aqaba, where did ....