Leading writer Ahmet Altan and his brother, academic Mehmet Altan, have been held without trial since September. (web photo) 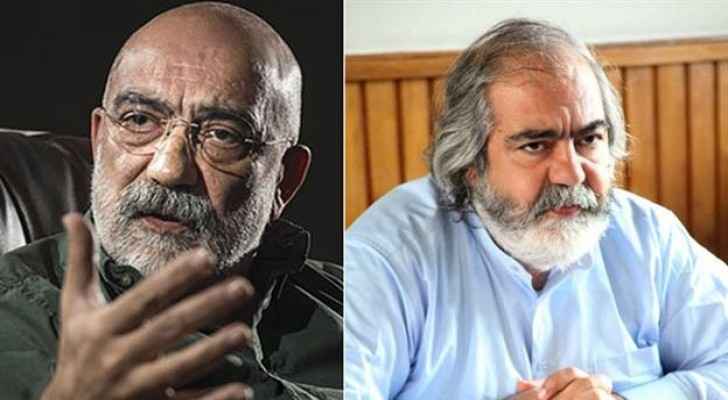 Several Turkish journalists went on trial in Istanbul on Monday on charges of links to the group allegedly behind last year's failed military coup.

The trial is the first to include journalists arrested under the state of emergency imposed after the attempt to overthrow President Recep Tayyip Erdogan in July although more cases are set to go to court in the next few months.

All those on trial are accused of links to US-based Muslim cleric Fethullah Gulen who Ankara says masterminded the bid to oust Erdogan. The coup left 249 people dead, not including the plotters.

Ten of the 17 suspects are on the run while six remain in custody and another remains free pending trial, an AFP correspondent said.

Those accused include veteran writer Nazli Ilicak who was one of the very first journalists arrested in July after the coup bid. Briefly an MP from 1999, she wrote for several dailies including Hurriyet.

Also on trial is Ahmet Altan, a novelist and journalist who has written for some of Turkey's leading dailies including Hurriyet and Milliyet as well as founding opposition daily Taraf.

Another prominent suspect is Mehmet Altan, Ahmet Altan's brother, who has written books on Turkish politics.

Both were detained in early September although Ahmet Altan was released in mid-September before rapidly being re-arrested.

The judge read the 247-page indictment to the packed courtroom including Ilicak and Mehmet Altan, while Ahmet appeared via video-link.

Along with the arrest of a dozen staff from the opposition Cumhuriyet daily -- who are being tried in a separate case -- the charges against the brothers have focused concern over freedom of expression in Turkey.

Turkey's bestselling Nobel-winning author Orhan Pamuk lashed out at Ahmet Altan's arrest, warning that Turkey was heading towards becoming "a regime of terror".

Among other charges, the Altan brothers and Ilicak are accused of appearing together on a TV show on a pro-Gulen channel just before the coup bid and issuing a message that the attempted overthrow was in the offing.

Ilicak, the first to testify, told the court tearfully she did not have any links to Gulen or "with any religious community, let alone a terror group".

She added: "I have an antipathy to the word 'coup' more than anyone else. A Nazli Ilicak who has fought against coups all her life is being insulted today for alleged links" to the Gulen movement.

She said although she had been jailed after the September 1980 coup, "the current situation is well above what I can endure".

She said she faced charges for communicating with five people suspected of links to the civilian wing of the coup plotters but said they were for "professional" reasons.

Representatives of rights and freedom of expression groups including Article 19, Amnesty International and PEN International are attending the hearing.

Sarah Clarke from PEN International said the case was "a litmus test for the quality of justice".

"These are some of Turkey's most famous writers, and they find themselves in prison and on trial solely because they criticised the government.

"They are now facing triple life sentences on bizarre and surreal charges of coup-plotting. The entire judicial system in Turkey has been dismantled with horrifying speed since last July," Clarke told AFP.

The detained Cumhuriyet staff -- including current editor-in-chief Murat Sabuncu, veteran commentator Kadri Gursel and cartoonist Musa Kart -- are due to go on trial on July 24.

Turkey ranks 155 on the latest Reporters Without Borders world press freedom index, below Belarus and the Democratic Republic of Congo.

According to the P24 press freedom website, there are 167 journalists behind bars in Turkey, most of whom were detained under the state of emergency.

PSD arrests individual who stole petrol from vehicle in ....