The fire took three hours to put out. 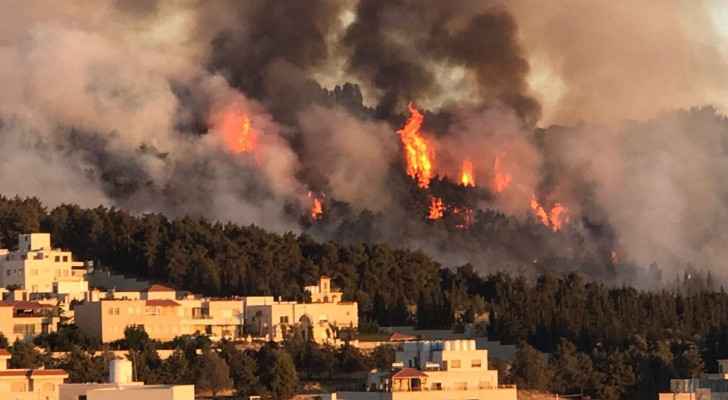 His Majesty King Abdullah II personally helped out firefighters to put out the large fire that engulfed several acres of dry grass and forest trees in Al-Kamaliyah area, western Amman, on Saturday evening.

The spokesman for the General Directorate of Jordan Civil Defence (JDC), Fareed al Shar’ , exclusively told Roya Arabic on Sunday that “King Abdullah actively helped put out the fire, while keeping the firefighters’ spirits up.”

While acres of land were destroyed by the flames, no injuries were recorded.

Al Shar’ also told Roya that the fire took three hours to contain due to the windy nature of the area, which caused the flames to spread to nearby grass and trees.

A preliminary investigation shows that the fire was caused by an electrical fault, according to the same source.