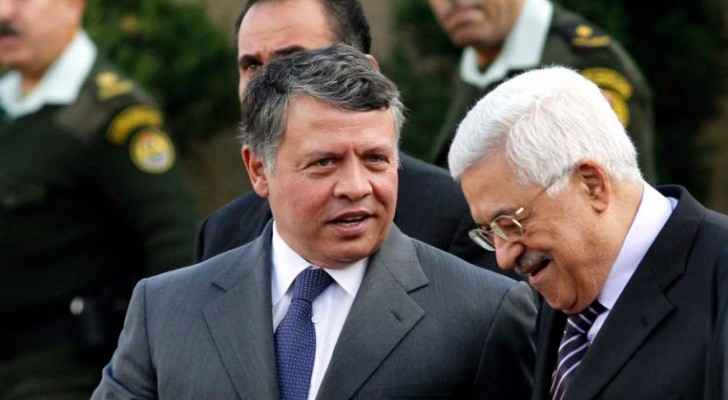 King Abdullah and Palestinian President Mahmoud Abbas met on Sunday to discuss the latest updates on the r latest reconciliation deal between Hamas and Fatah political parties in Cairo.

The King said the reconciliation agreement is an important step in the peace process and re-launching serious negotiations for a two state solution between the Palestinians and Israelis.

His Majesty went on to emphasize that the Palestinian issue a top priority for the Kingdom's foreign policy, with the Israel-Palestine conflict being the centre of the unrest in the region.

The meeting comes after representatives from Hamas and the Fatah-led Palestinian Authority convened in Cairo to implement a unity agreement that was signed in 2011 but was not put into effect.

The agreement stipulates that legislative, presidential and national council elections should take place within one year of its signing, and would see both Hamas and Fatah form an interim government before elections.