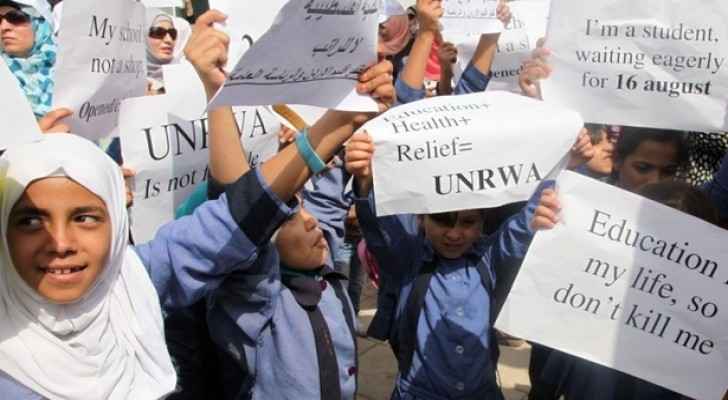 The United Nations on Monday defended the UN agency that provides aid to Palestinians, after Israel's prime minister called for it to be shut down.

UN Secretary-General Antonio Guterres "is concerned about recent public criticism of UNRWA and the integrity of its operations," spokesman Farhan Haq said, referring to the UN Relief and Works Agency for Palestine refugees in the Near East.

"He wishes to express his support for UNRWA and his admiration for the role it plays in delivering essential services and protecting the rights of millions of Palestine refugees across the Middle East."

Guterres also "calls on all member states to continue their support to the agency in order for UNRWA to be in a position to fulfill impartially and efficiently its essential role," Haq added.

His remarks came after Israeli Prime Minister Benjamin Netanyahu called for UNRWA to be dismantled on Sunday, accusing it of incitement against the Jewish state.

Netanyahu said he raised the issue during a recent visit by Washington's UN envoy Nicky Haley, who has accused the United Nations of bias against Israel.

"I told her that the time had come for the United Nations to reconsider the continued existence of UNRWA," Netanyahu's office quoted him as saying.