Tons of food goes to waste every Ramadan in the Kingdom. 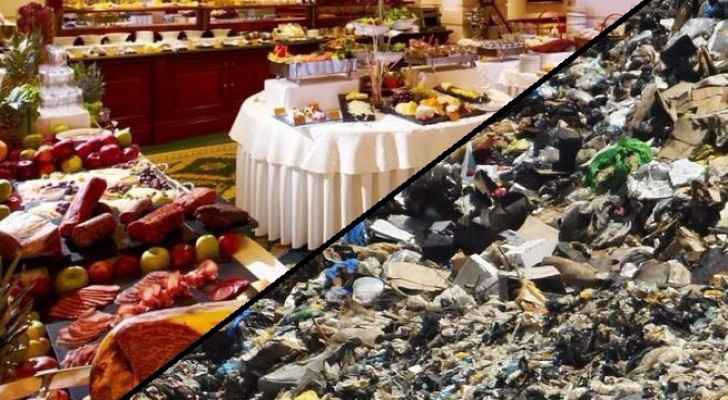 Ramadan, the sacred month for Muslims, is as much about giving as it is going without. While the devout make a commitment to charity and spirituality, swapping a materialism for mindfulness and thrift, Muslim-majority countries often witness an increase in food waste, that finds its way into cumulative garbage levels, around this time of the year.

It’s been three days into the Holy Month and Jordan is already seeing the by-product of Ramadan’s bounty.

The Greater Amman Municipality (GAM) has recorded just over 500 tons of extra daily waste since Ramadan started on Sunday. Bassem Tarawneh, Deputy Director for Districts and Environmental Affairs from GAM, confirms that the city’s waste averages around three thousand tons daily. Yesterday his staff on the ground removed around 3,600 tons worth.

Fasting Muslims are expected to minimize their amount of food intake over the Holy Month, but lavish feasts and excess have become the mainstay of the Ramadan season – with massive iftars put on as social dining experiences, business invitations and marketing opportunities. Annual company iftars are hosted often, in Amman’s case, at the city’s select hotels; much as Western workplaces might hold a Christmas work party. Bountiful buffets and after-dinner theater performances are the norm.

A Food and Beverage Manager at one of Amman's old school five star hotels tells Roya “the problem of food wastage is a year-round concern in our industry, but people tend to become more aware of it during Ramadan.”

There is no denying a spike in food waste during this month of sharing and generosity. But hotels are trying to counter this extra food pile-up. The F&B Manager explains that a charity called Family Kitchen come by regularly during Ramadan to make food pick-ups to distribute to the needy. But he soon reminds us of his year-round concern: “In Ramadan, the big hotels tend to host one iftar buffet, but the rest of the year, they have two or three daily buffets. Not to mention weddings and outside catering.” Family Kitchen are on hand for this charity month but for the other eleven months, left-over food goes to the staff canteen – sometimes to the The Humane Center for Animal Welfare – but more often than not, to the bin.

The necessary waste boils down to health and safety regulations. International standards as well as Jordan Food and Drug Administration (JFDA) together act as the quality assurance for caterers around the Kingdom. These quasi-food police ensure that the distribution of uneaten buffet food is off the table, as businesses shoulder the responsibility for consumers’ welfare.

However, the JFDA should not be perceived as turning a blind eye to food waste. A senior staffer at the JFDA points out that a 'food bank' is in operation year-round that collects up to day-old pastries for distribution to the poor. The food standards agency's mandate is "food safety first", she clarifies to Roya.  A day earlier they had to intercept and destroy a truck's worth full of chicken that was charity-bound because the open truck carried unrefrigerated meat. "Food must be safe for all, even for charity". If the FDA are wasting, they are usually sparing no expense to health and safety.

"Our work of licensing food as fit for consumption actually speeds up and facilitates the supply of food to charity," she sets the record straight. They regularly distribute (approved) food brought in to their labs for safety sweeps, so as not to contribute to the waste, continues the FDA insider. For the Holy Month, they are cracking down "twenty two hours a day" upping inspections "to make sure food is safe for Ramadan and summer."

Back to the hotel food scene that takes centre stage this month and Roya's hotel source does not skip the irony of a Ramadan event for orphans, tonight catered by his hotel, likely to generate the standard waste.  He remarks with a wry smile: “It would be nice to see our leftovers go to the refugees this Ramadan.”