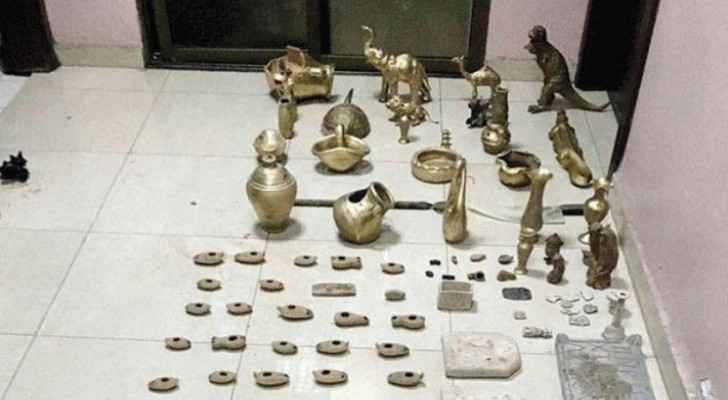 In a statement, PSD spokesman said the agents responded to a tip-off about the three suspects who were selling the artifacts for JD200,000.

"An investigation was initiated to locate the whereabouts of the suspects, who were arrested in their car, while the seized items were sent to antiquities' experts to determine its authenticity and historic value," the spokesperson added.