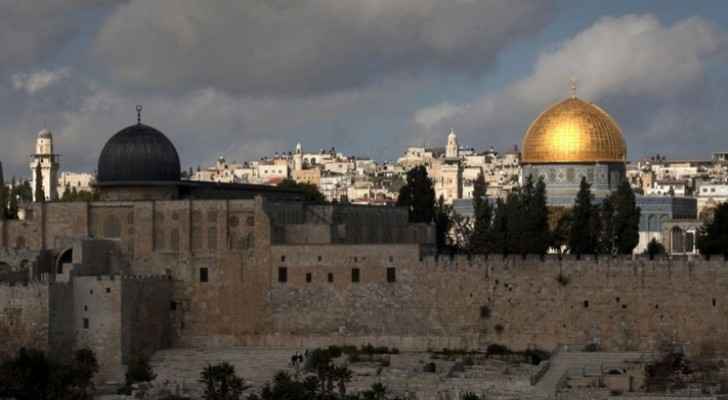 The Ministry of Awqaf (Endowments) and Religious Affairs condemned today the Israeli police’s attack on Muslim worshipers in the holy Al-Aqsa Mosque and the closure of the southern ceiled building in the compound.

Earlier today, a number of Palestinian Muslim worshippers were injured by Israeli police officers who were escorting dozens of Jewish fanatics performing a provocative tour of the holy Al-Aqsa Mosque in occupied East Jerusalem.

Some 400 Jewish fanatics led by Ehuda Glick, a hardline rabbi and MK, entered the flashpoint compound before the police officers scuffled with worshippers who chanted "Allahu Akbar" (Allah is the Greatest) to express their anger at the entry of settlers.

The ministry said in a statement that the attack on the holy site is an attack on the sentiments of Muslims all over the world, and not only in Palestine, describing it as a desecration of the third holiest place in Islam.

It called on the international community and human rights organizations to urgently work to stop the Israeli escalation in Al-Aqsa and to allow Muslims exclusively to practice their worshiping there.