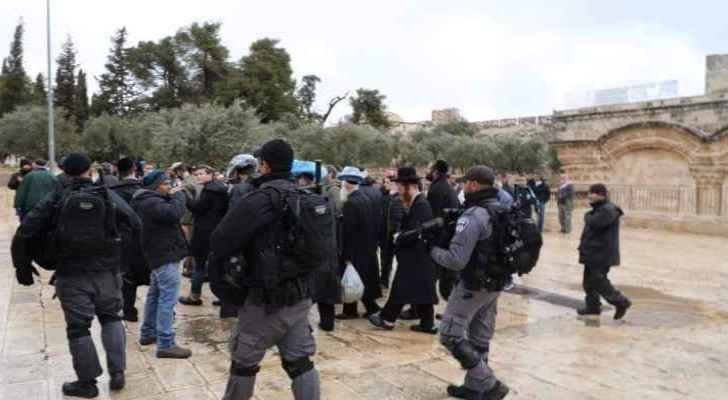 The General Director of the Islamic Awqaf and Al-Aqsa Affairs, Azzam Al-Khatib, said that the raid was carried out by more than 150 extremists, who entered from Al-Magharibia Gate and left from Al-Selseleh Gate, under heavy protection of Israeli police and army forces.

The Israeli police stationed at Al-Aqsa Mosque gates imposed strict measures against the entry of Muslim worshipers to their holy shrine and seized some of the locals' IDs.

Under the slogan "Together we prevent Muslims from taking control of Bab al-Rahmeh, known also as the Golden Gate, the "Temple Mount" organizations called on thousands of Jewish settlers and supporters to storm Al-Aqsa Mosque, in order to allow Israel to take control of the Muslim's holy shrine.