Some things run in the family, and art certainly runs in artist Ghazi Inaim’s family. (Facebook) 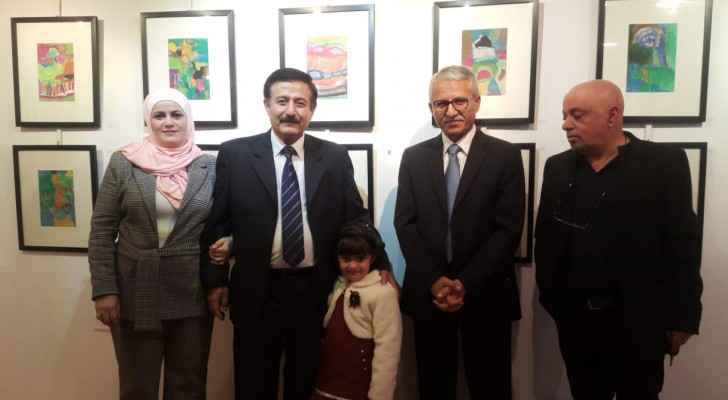 Some things run in the family, and art certainly runs in artist Ghazi Inaim’s family.

Five-year-old Yara Inaim held her first ever exhibition on October 27-28, 2018, in Amman, much to the delight and pride of her parents and the Jordanian art community.

On display at the Bandakart International Gallery were 50 impressive watercolour paintings, carefully created by the talented child over the past 11 months.

The exhibition, titled “Colour Manifestations,” received much attention and was attended by a large number of artists, art enthusiasts and journalists.

Ghazi pointed out that his daughter began to show an interest in painting and drawing when she was at the tender age of three.

Her drawing skills developed from using pencil to dry ink, then wax colours to watercolours.

Osama Madanat, Managing Director at Al Dawliyah for Hotels and Malls, who inaugurated the event, noted that Yara has the remarkable ability to use watercolors boldly, despite even the best of artists finding difficulty in doing so.

“What drew my attention to Yara’s art was the way she married the expressionist and abstract styles. She has a wide, endless imagination,” Madanat said.

Madanat also praised all those who contributed to the success of the first art exhibition held by a young girl in Jordan, calling for developing children's talents at schools to help them express their talents, as “kids’ innocence allows them to express their feelings and concerns about their surroundings in a genuine and creative way.”

Yara’s talent was also recognized by children’s magazine “Wissam,” which chose one of her paintings to grace the cover of their 280th issue.