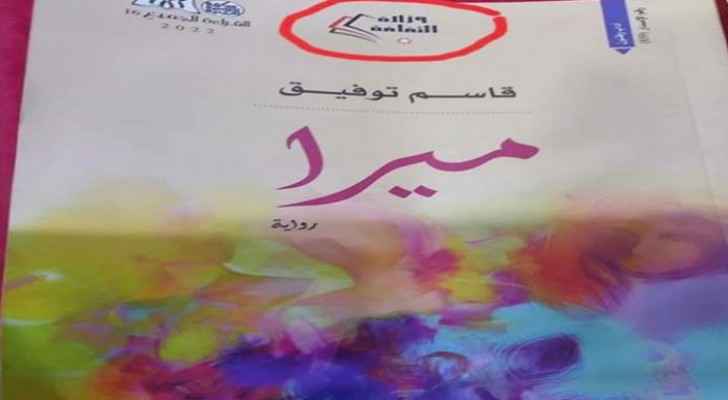 A novel called Mira, which was published three years ago in Amman, has sparked a wave of controversy on social media among Jordanians.

The Mira novel was published in 2018 by Dar Alaan for Publishing and Distributing in Amman within the Family Library Project.

The project, which was launched by the Ministry of Culture in 2017, aims at spreading cultural awareness, developing critical thinking, and creating sensory harmony between thought and human conscience, in addition to enhancing capabilities in acquiring knowledge.

People took to social media to express their frustration after finding out that the novel contained indecent texts and terms that threaten morality and public decency.

The novel is written by Qasim Tawfiq, a Jordanian novelist and short story writer.

Rashid said that the novel was taken down from all distribution and reading centers in the Kingdom.

Later on Wednesday, Prime Minister Bisher Al-Khasawneh directed Minister of Culture Haifaa Al-Najjar to review all novels and literary works which are within the Family Library Project and withdraw anything that does not conform to the values and traditions of Jordanian society.

Khasawneh stressed that any content that harms the authentic values of Jordanian society and the cultural heritage that expresses Jordanians’ identity should not be permitted.

The Prime Minister directed relevant authorities to take the necessary measures against such violations.