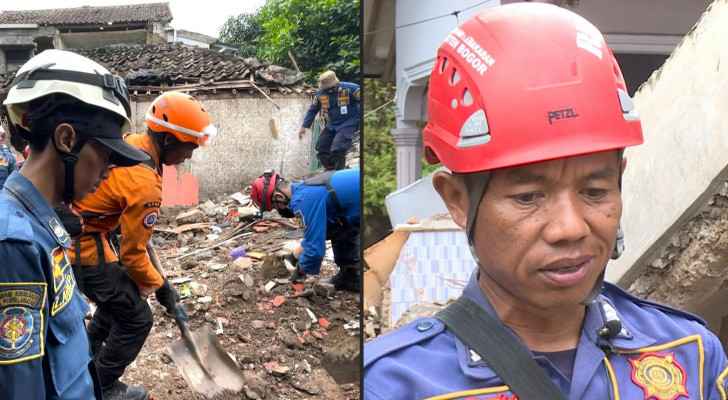 Indonesian authorities deployed heavy machinery, helicopters and thousands of personnel Thursday in a desperate effort to locate dozens trapped in rubble by an earthquake that killed 272 people, as hopes of finding survivors faded.

Some have been pulled alive from the hulk of twisted metal and concrete in dramatic rescues in the town of Cianjur in West Java, including a six-year-old boy who spent two days under the wreckage without food or water.

Officials said 39 people were still missing and believed trapped, including a seven-year-old girl, as rescue efforts were delayed by hammering rains and aftershocks.
But the rescue of the young boy Azka alive, captured on video, gave relatives and rescuers some hope.

"Once we realized Azka was alive everybody broke into tears, including me," 28-year-old local volunteer Jeksen Kolibu told AFP on Thursday.

"It was very moving, it felt like a miracle."

In the worst-hit district of Cugenang, scores of rescue workers drilled on Thursday through big slabs of concrete and removed roof tiles at a destroyed house where they believed a young girl was buried. Her distraught mother watched on as they worked.

Other rescuers used digging tools, hammers and their bare hands to clear the debris in the delicate mission to find seven-year-old Cika.

"She was playing outside, I was cooking in the kitchen, suddenly the earthquake happened, so fast, only two seconds, my house collapsed," her mother Imas Masfahitah, 34, told AFP at the scene.

"My instinct tells me she is here because she liked playing here," she said, referring to the house of the girl's grandmother where the search is focused.

"Whatever happens I will try to accept it."

Authorities later suspended the search for Cika for the evening, saying they would resume the rescue effort on Friday.
"We still hope that there are survivors. The proof is that Azka survived yesterday," Suharyanto, the head of the national disaster mitigation agency (BNPB), who like many Indonesians goes by one name, told a news conference Thursday.