‘We are proud of this Arab achievement’: King on Qatar World Cup

‘We are proud of this Arab achievement’: King on Qatar World Cup 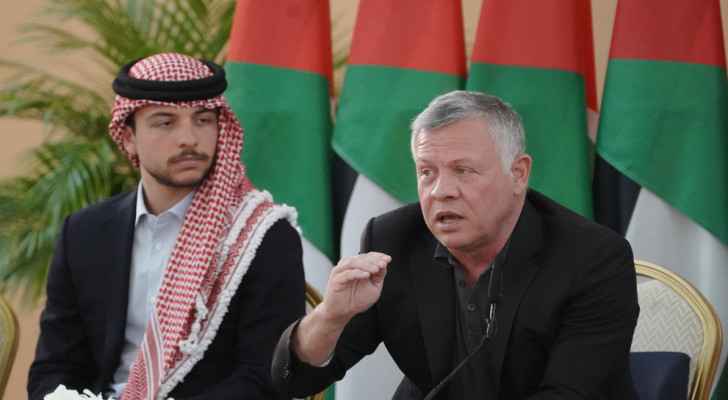 His Majesty said, “I congratulate my brother, His Highness Sheikh Tamim bin Hamad Al Thani and the brotherly Qatari people on the beautiful opening ceremony of the World Cup. We are proud of this Arab achievement in hosting the World Cup, and we are confident in the ability of the Qatari brothers to make this tournament a success and organize it brilliantly.”

His Majesty King Abdullah returned to Jordan on Sunday after a visit to Qatar.

In Qatar, King Abdullah and His Royal Highness Crown Prince Al Hussein bin Abdullah II attended the FIFA World Cup Qatar 2022 opening ceremony and the first half of the opening match between Qatar and Ecuador.