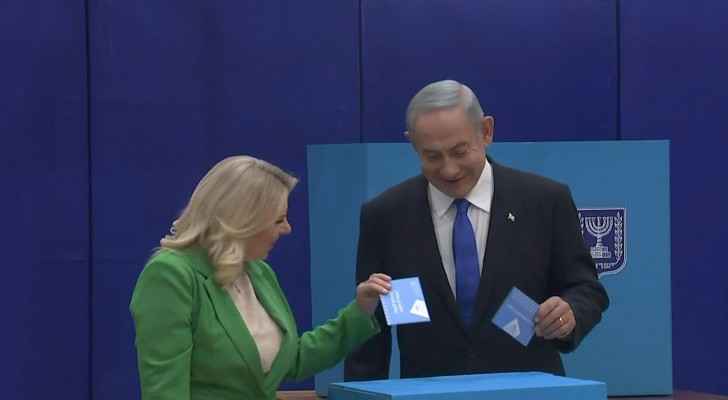 People from the Israeli Occupation started voting Tuesday in their fifth election in less than four years, with the hawkish ex-premier Benjamin Netanyahu campaigning for a comeback alongside far-right allies.

The latest ballot follows the collapse of the so-called "change" coalition, which united eight disparate parties who succeeded in ousting Netanyahu last year after a record run as prime minister, but ultimately failed to bring political stability.

People from the Israeli Occupation have until 2000 GMT to cast their ballot, after which complex bargaining to build a coalition will get underway.

Caretaker Prime Minister Yair Lapid is seeking to hold onto power, with his centrist Yesh Atid party lagging slightly behind Netanyahu's right-wing Likud in the polls.

Lapid, a former TV anchor, on Tuesday urged the electorate to cast their ballot.

In a political system where a shift in just one of the 120 Knesset seats up for grabs could cement a ruling coalition -- or lead to further deadlock and possible new elections -- the outcome remains uncertain once more.

"I'm doing my civic duty, and I hope that these elections will be the last for the next four years," the 66-year-old designer told AFP.