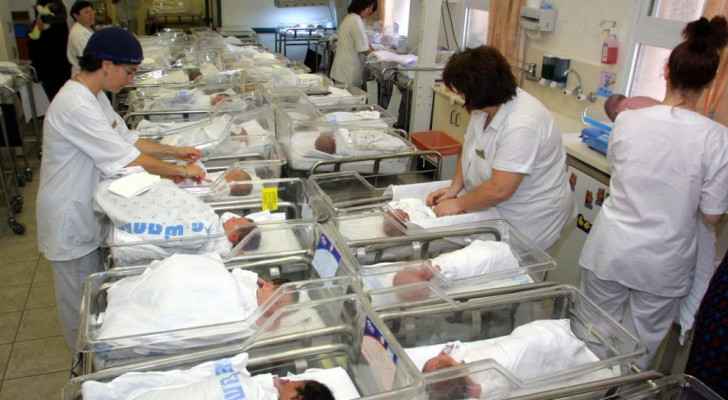 During a meeting of the far-right Jewish Home party on Sunday, he asked Interior Minister Ayelet Shaked about how Arabs are a “problematic population” expressing fear of the “Arab womb.”

Sahar asked, “Regarding the matter of population growth and the more problematic population, we face a kind of paradox.”

“On the one hand, we understand that the birthrate is decisive - the Arab womb; and on the other hand, we encourage it with all the child allowances.”

“That's why I think we should consider a child allowance that is regressive: the first child receives one, the second child receives one, perhaps the third child; the fourth child does not, and the fifth child perhaps triggers a fine. We have to figure out something,” he wondered.

The Interior Minister answered by saying that Sahar’s suggestion was “impractical” and the best solution would be to help Palestinian women “simply undergo Westernization.”

The comments Sahar made sparked an uproar among Palestinian citizens of Israeli Occupation, who are the descendants of those who were expelled from their homes in the Nakba in 1948.

Additionally, Palestinian doctors and health workers demanded he be fired from his position of director of the Department of Thoracic and Heart Surgery at Soroka Hospital in Beer Al-Sabe’.

The Association of Arab Doctors of the Negev filed a petition following the incident in which over 150 doctors called for disciplinary action against Sahar.

“Anyone who sees the Arab womb as a threat has no place in the health system,” the petition read, adding that after such comments, there was no way to make sure that Sahar would offer the same care to Palestinian patients as he does to those who are Jewish.

“We expect the hospital management to take a strong stance against statements of this kind, from which emerges a spirit of general racial arrogance against an entire population,” it said.

Notably, although the fertility rate among Palestinians dropped to 2.9 in 2022 from 9.2 in 1960, in comparison with 3.0 among Jewish women, the Israeli Occupation continues to express concern saying that Palestinians having a higher birth rate than Jewish citizens threatens their “demographic superiority in the country.”