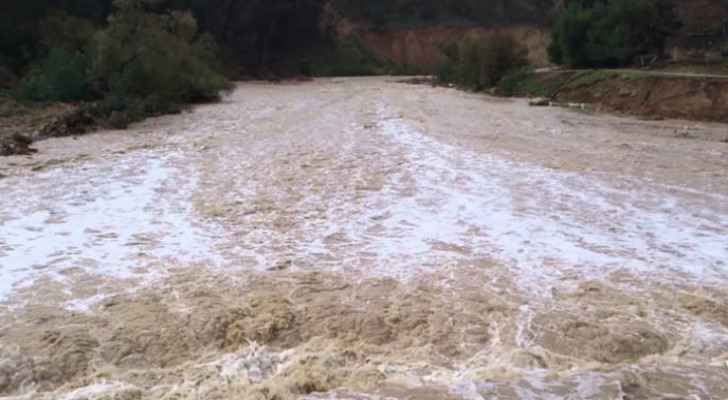 Monday, the National Center for Security and Crisis Management warned of the danger of floods forming in valleys and low-lying areas as Jordan is expected to witness rain the next few days.

The center also warned of the danger of slippery roads, and the danger of thunderstorms, in addition to the risk of low horizontal visibility due to dust, especially in the Badia regions.

On Tuesday and Wednesday, Jordan will be affected by a state of atmospheric instability, as amounts of clouds appear at different altitudes, and showers of rain will fall accompanied by lightning and thunder, and sometimes even hail, starting from the southern regions, including the city of Aqaba, gradually extending to include several areas of the country.