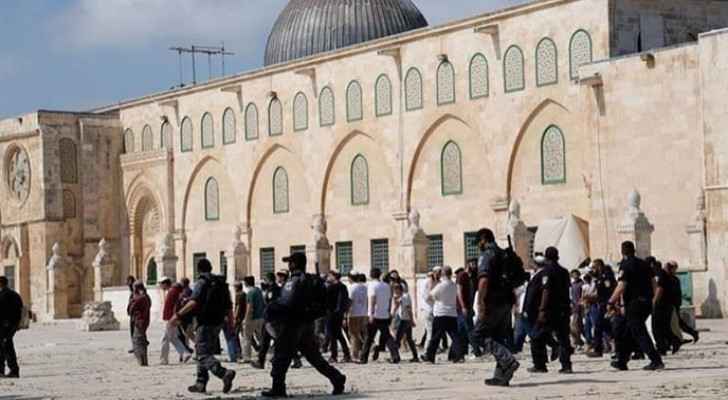 Monday, dozens of Jewish extremist settlers stormed the courtyards of the blessed Al-Aqsa Mosque in the occupied city of Jerusalem.

The Jerusalem Islamic Waqf said, in a statement, that several groups of extremist settlers stormed Al-Aqsa from the Mughrabi Gate, carried out provocative tours and Talmudic rituals in its courtyards.

The statement indicated that the Israeli Occupation authorities prevented many worshipers from entering the mosque through its various gates, to secure the settlers' incursions.