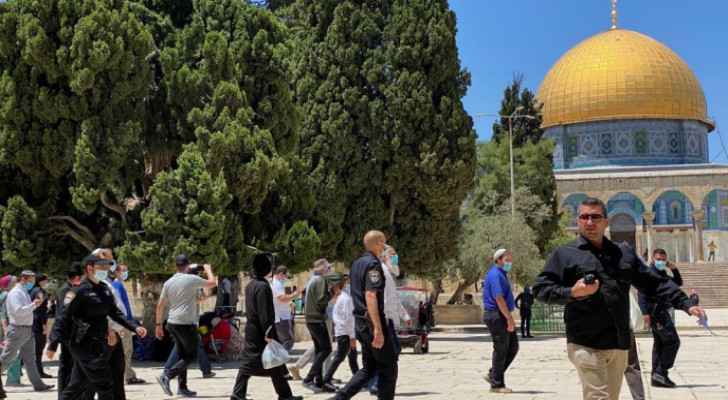 This came as hundreds of settlers carried out ‘vegetable offerings’ on the fifth day of the Jewish Sukkot holiday, according to the news agency.

Additionally, two Palestinians were killed and others were wounded, earlier Friday, in clashes that erupted after the IOF stormed the city of Jenin and its camp.

Special forces infiltrated Jenin and stationed on the roofs of several buildings, followed by the storming of dozens of military vehicles, which led to the outbreak of violent confrontations, most notably near the Martyr Khalil Suleiman Governmental Hospital.