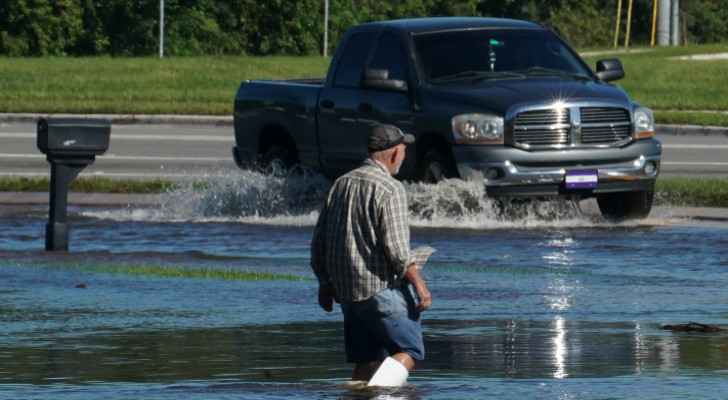 Hurricane Ian on Friday threatened other states in the southeastern United States, including North and South Carolina, after killing at least ten people in Florida.

According to the US authorities, Ian, which was accompanied by strong winds and heavy rain, followed by floods, was a category four hurricane on a scale of five categories, killing at least 12 people in Florida.

Ian was carrying winds of 140 km per hour, threatening "fatal sea floods" on the coasts of South Carolina and North Carolina.

On Friday, Florida continued to examine the extent of the destruction, as the streets turned into channels for murky waters, boats were lying on the shore, and homes were destroyed.

President Joe Biden warned Thursday during a visit to the headquarters of the federal agency that combats natural disasters that this could be the deadliest hurricane in Florida's history.

US President Joe Biden, for his part, said he wants to go as soon as possible to the southern state, but also to the US territory of Puerto Rico, an island recently devastated by Hurricane Fiona.

Biden declared a state of emergency in South Carolina and sent federal reinforcements to the state, according to a statement.